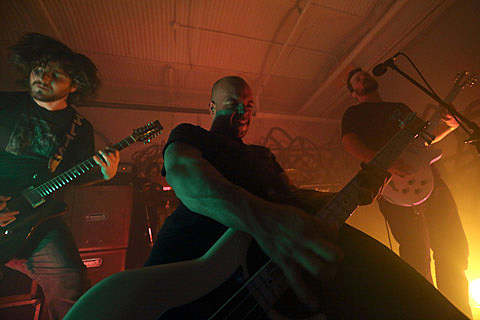 As you may know, sludge popsters Torche are putting out their new album, Restarter, on February 24 via Relapse, and they've now announced a tour in support of it with their labelmates Nothing. (That's a great double bill.) The tour hits NYC on March 26 at Saint Vitus. Tickets are not on sale yet, but should be soon via Ticketfly. All dates are listed below.

Torche have already released two songs from the new album, and if you haven't heard those yet you can check them out below. Nothing's most recent release is their split with their pals Whirr on Run for Cover, which has them sounding a bit more alternative rock-inspired than their shoegazey Guilty of Everything LP. Stream that split in full below too.