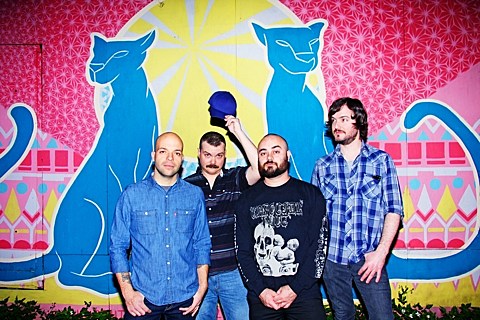 We're still about about a month away from the new Torche album, Restarter (due 2/24 via Relapse), and today we get its third single, "Loose Men," via Rolling Stone. Following the two four-plus minute sludgesters they've released so far, this one's a punk-paced ripper clocking in at under two and a half minutes. It's also got one of the most addictive riffs of any Torche song, and this is band with a lot of great riffs. Check it out below.

As mentioned, Torche are going on a tour with their labelmates Nothing, and since we last spoke Miami's Wrong (ex-Capsule, Kylesa) (not to be confused with the Wormed black metal side project of the same name) were added to that tour too. It hits NYC on March 26 at Saint Vitus. Tickets for that show are still available.

Updated tour dates, and the new song stream, below...

All U.S. dates w/Wrong; Nothing appears on all dates except when noted with a #