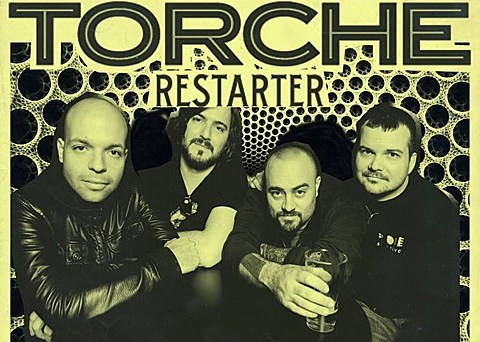 Torche are a week away from releasing their new album and first for Relapse, Restarter, and they've now made the whole thing available to stream. It's an excellent record, their most consistently heavy release since 2007's In Return EP, and maybe their most psychedelic album to date. It's not void of hooks either though. Like most of Torche's best stuff, it's accessible enough for the rock fans but heavy enough for the metalheads, and both would be remiss not to check this out. Listen below.

Torche's tour with Nothing and Wrong hits NYC on March 26 at Saint Vitus. Tickets for that show are still available.

All U.S. dates w/Wrong; Nothing appears on all dates except when noted with a #