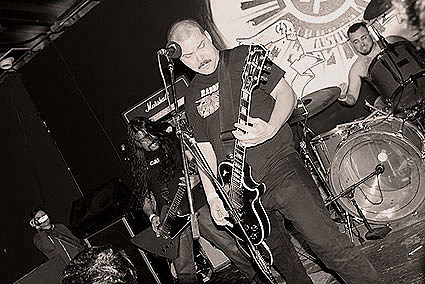 Now that Torche have completed their trip down to Texas, for whatever reason, they can get down to bidness and play some shows up north right? They haven't been up to the five boroughs since sharing the stage with the admirable Justin K Broadrick (Jesu, Godflesh, ex-Napalm Death, etc) last year and they have that new record coming out on April 8th on Hydrahead....

Good news! We don't have word on a full tour, but they will play a show with The Sword (who have their mostest bestest album ever coming out April 1) and "doom-jazz" band Stinking Lizaveta at Music Hall Of Williamsburg on May 17th! Tickets are on sale. 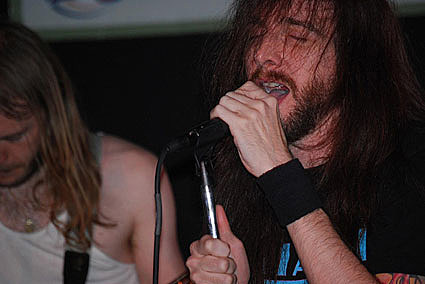 Big news from the aforementioned Justin K Broadrick.... his FINAL project has released a 4CDR set of his Infinite Guitar 1 & 2 / Guitar & Bass Improvisations Vol 1 & 2, limited to a measly 150 copies. Um, get this now while you still can.....