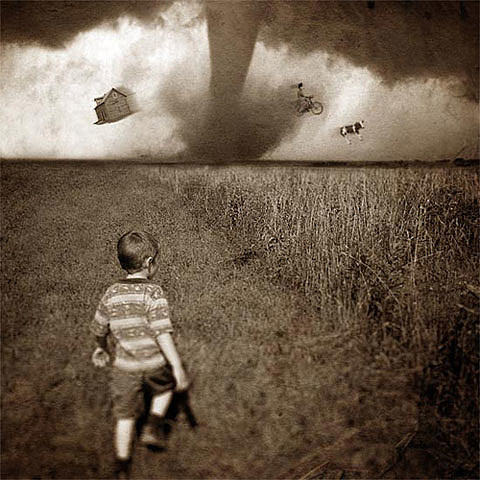 Authorities have issued tornado watches for the New York City metropolitan area as intense winds and rain and possible severe thunderstorms bear down on the region.

The tornado watch for the city, Sullivan, Rockland and Orange counties and all of New Jersey is in effect until 7 p.m. The watch was expanded Tuesday afternoon to include Westchester, Nassau, Suffolk, Ulster, Dutchess and Putnam counties in New York and Fairfield County in Connecticut. Those later tornado watches expire at 11 p.m.

Half-inch-sized hail, dangerous lightning and wind gusts of up to 70 mph are possible with this storm, meteorologists say. [NBC]

The Avett Brothers were scheduled to play outside at Rumsey Playfield aka Central Park Summerstage this evening (9/18), but Bowery Presents reports that the sold out show "has been rescheduled for 9/24 at 7:30. All tickets purchased will be honored at the gate on Monday night."