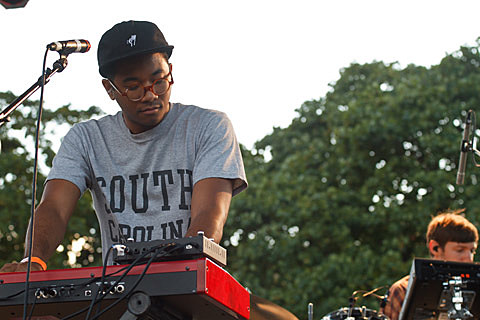 As mentioned, Toro y Moi is releasing his new album, Anything in Return, on January 22 via Carpark and will be going on a tour in support of it which hits NYC on February 13 at Webster Hall. Tickets for that show are still available but if you'd rather catch them in a slightly more intimate environment, you're in luck because Toro y Moi just added another NYC show happening at Music Hall of Williamsburg on February 14. Like the Webster Hall show and many others on the tour, Wild Belle and Dog Bite will open the MHOW show. TIckets for that show go on sale Friday (1/11) at noon.

An updated list of dates and the videos for "So Many Details" and "Say That" off of Toro y Moi's new album, are below...

Toro y Moi - "So Many Details"