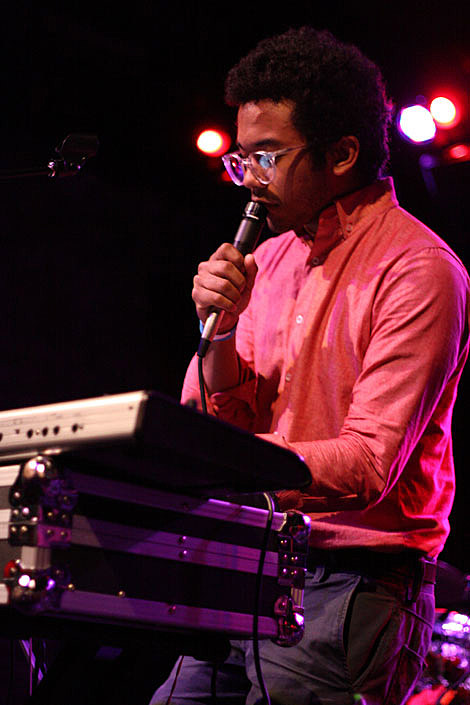 Toro y Moi is currently on tour with The Ruby Suns. Last night (3/26), was their NYC show at music venue and bowling alley Brooklyn Bowl (where the Grates play tonight). The show went as planned until later in the night after Toro y Moi (aka Chaz Bundick) packed up his car and was ready to leave. Still needing to get paid or use the bathroom or attend to some other matter (I'm not sure exactly what), he went back in to the club before taking off. During that short time, someone broke the lock on his car door and stole his clothes, passport and laptop!

That sucks so bad, though at least they didn't get his guitar which was also in the vehicle. Regardless, his laptop is essential to his live show so he was forced to cancel the next four dates including tonight (3/27) at The Middle East in Cambridge, and Vermont and two shows in Canada. He'll use that time to regroup, get some ID, get a new computer and meet back up with the Ruby Suns in time to play the March 31st show at Schubas in Chicago. Hopefully Chaz doesn't hold this against Brooklyn where he'll return to on May 7th to kick off a tour with Caribou. If you happen across any of his stuff, contact him. A video from the Brooklyn Bowl show below...