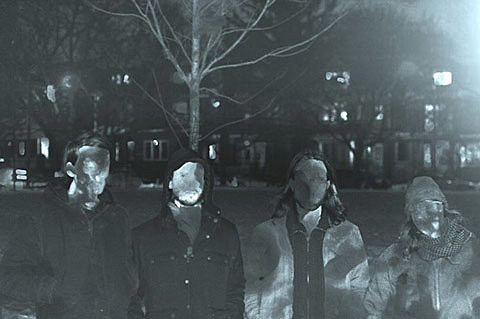 Toronto band Fake Palms's self-titled debut album is out this Friday (8/28) via Buzz Records and we're premiering a stream of the whole thing. In the same dissonant universe as Viet Cong (or Women), Fake Palms' style is a little less obtuse, with an ear towards straightforward hooks. ("Pop" might be the wrong word but they write some very catchy songs.) If you dig dark post-punk you should definitely check it out. Pre-orders are available and you can listen to it below.

You can probably pick up a vinyl copy at Fake Palms' merch table on their current tour which is in NYC tonight (8/24) at Palisades with Baltimore's Sun Club, plus Fern Mayo, and Nap. Flyer for the show, and a list of all tour dates, below... 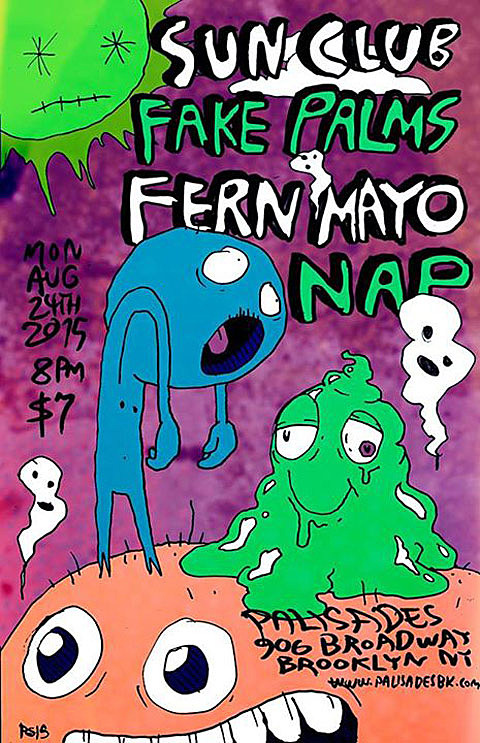