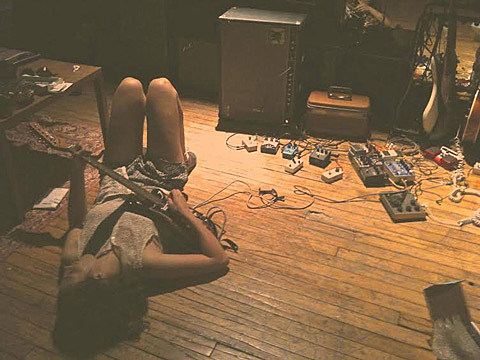 Vallens are a Toronto band led by Robyn Phillips who just released their debut single, "Tennessee Haze," last month. Phillips cites Twin Peaks as a big influence and you can hear that in Vallens' dark and smoky sound. The group are currently finishing up their debut album which they recorded in Brooklyn with producer Jeff Berner (who also plays in the current lineup of Psychic TV). We've got the premiere of a new Vallens track, "Dark Tunnel" which definitely has a certain Black Lodge je ne sais quoi. You can stream it, along with "Tennessee Haze," below.

For folks in Toronto for this week's NXNE festival, Vallens will be there as well, playing showcases with Cassie Ramone, No Joy, Doomsquad, and more. A flyer for Vallens' NXNE appearances is below. They've got a few other Canadian dates as well, and all are listed below. 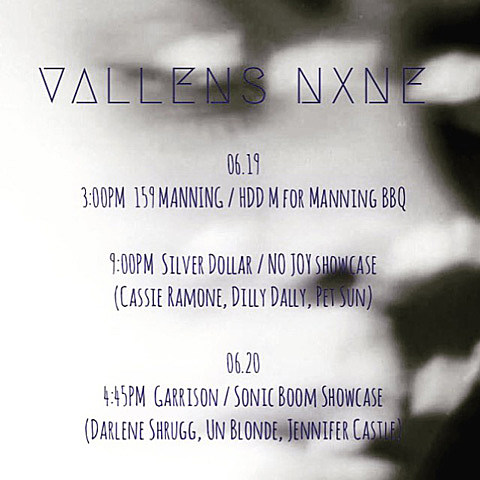