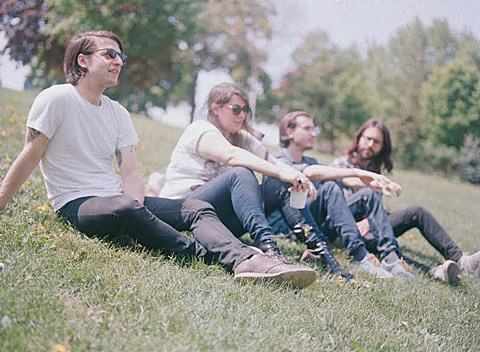 Toronto's Fake Palms began as solo demos made by Michael le Riche but he soon turned it into a full band with help from members of Slim Twig and Hooded Fang. The band make low fi post-punk, not entirely dissimilar to Women and Viet Cong, though with a little more straightforward songwriting. (Not a bad thing at all.) Fake Palms' self-titled debut album will be out August 28 via Buzz Records and you can get an early taste via single "Sparkles" which you can listen to, or watch the Allison Johnston-directed video, below.

The band will be on tour soon, and dates include NYC at Palisades on August 24. Lineup and ticket info are still TBA but all dates are listed below.