Toronto indie-punks Talk Show Host have been around since 2015 with three EPs under their belts, and they've now signed to LA punk label Wiretap Records, who will release their first full-length album in spring 2021. Album title, release date, and other details are still TBA, but we're now premiering their first single for the label and its video, "This Monologue." The song was produced by John Dinsmore (who's also worked with Drew Thomson, Great Lake Swimmers, and others), and it's a catchy, anthemic punk song that the band says is "about the running commentary in your head that spends a good portion of every day telling you, in excruciating detail, about all the things you’ve done wrong, are currently doing wrong, and are about to do wrong."

"We wrote and recorded the song way before news of the pandemic hit, but its themes have only intensified under lockdown," guitarist/vocalist Chris Veinot continues. "It’s been a struggle to force myself to get up and exercise, but that’s how I discovered my new pandemic zen hobby: I'll just chuck a tennis ball at the brick wall behind my apartment for, like, an hour or two every day. And it seems like it would be a dumb concept for a music video, but it turned into a pretty accurate visual souvenir of how we’ve coped with this stupid year, tacos included. We shot the thing ourselves while trying our best not to breathe on each other and it’s been one of the only things we’ve gotten to do together as a band in a very long time."

On signing the band, Wiretap Records owner Rob Castellon said, "I've had my eye on the Toronto trio Talk Show Host since their 2016 EP Perfectly Competent, when we featured the band on some label charity compilations we curate. Their knack for catchy melodic hooks and imaginative lyrics grabbed me from the start. The guys are a staple in the Toronto DIY scene and have been supporters of the label and our bands for years. We’ve been exploring working together for the past nearly two years and we’re excited for everyone to hear their upcoming debut full length out this spring 2021. Equal parts melodies, indie vibes with pop/punk sensibilities this new record will make the band fit in perfectly in the Wiretap sound and catalog."

The band adds, "We’ve been fans of Wiretap for a long time now, and to be asked to join their kickass roster is next level for us after so long in the DIY trenches. We can’t wait to finally release our first LP with Rob and the label!"

"This Monologue" hits streaming services on Friday (pre-save), but first check out the song and its video right here: 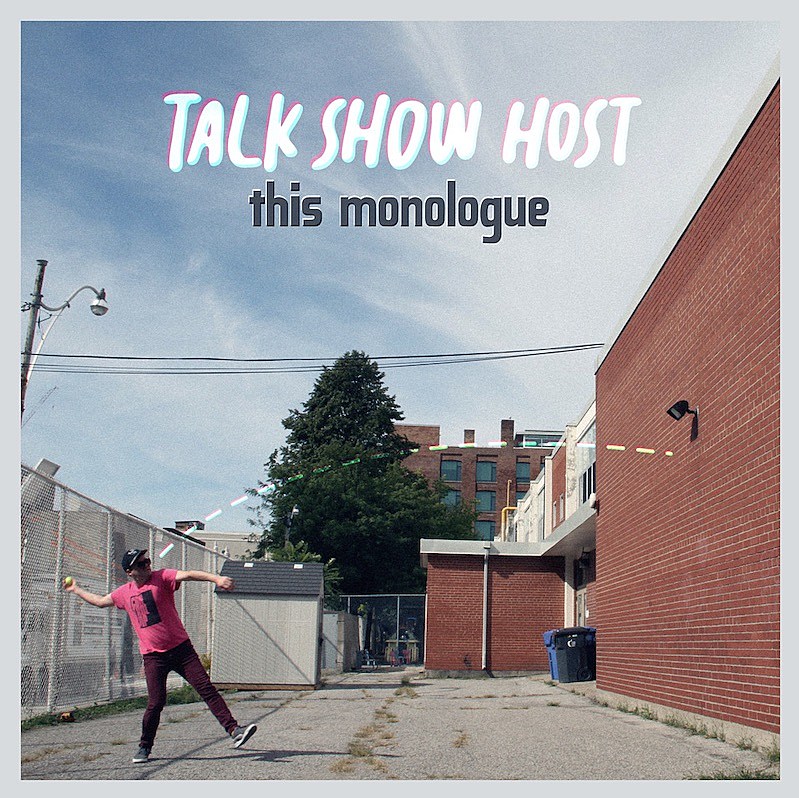