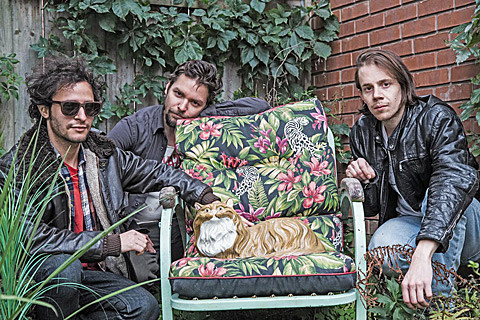 Toronto trio Mimico have been active since 2011 and play the kind chilly synthwave that sounds best with fog machines and strobes cranked. After a few self-released tapes and digital singles, the band are gearing up to release their official debut album, Incantations, which will be out March 3. The LP's first single is "Cloud City" and we've got the premiere of its video, which was directed by Dallas Wehrle from The Constantines. The director has this to say:

It's an early 90's tour video aesthetic where bands were hanging out and having a good time. We wanted to shoot film to take the video out of the present, using the architecture in the Toronto area to create a near-future/future-past world as a backdrop for the band to wander through.

Wander along with Mimico -- you can watch it below.

Mimico's only scheduled show is at Toronto's Polish Combatants Hall on January 31 but they're planning to tour this spring. Stay tuned.