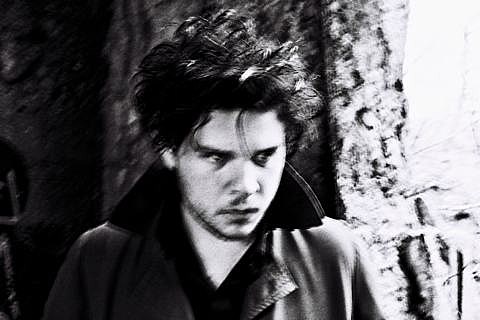 Did you know that beautiful and clean Toronto has a late night sex party underworld? Apparently it does and at the forefront of this debauchery -- at least according to the press release -- is 24-year-old and party-thower, Ell V. (I wouldn't know. I don't make it to Toronto very often, and those aren't the sort of parties I get invited to.) When not sullying The Queen City's image, he makes music with his band Ell V Gore and it's the kind of scuzzy, gothy post-punk you might expect given what you've read to this point. Fans of The Birthday Party, Wire, The Cramps and all things WIERD take note. Ell V Gore's Sex Static EP comes out next week (6/4) via Bad Actors, a new label run by Fucked Up's Ben Cook. It's the first release from the label, and you can stream the whole thing below.

While there are no U.S. shows lined up just yet, Ell V Gore does have some Toronto dates, like at the upcoming NXNE festival. Those are listed, along with the EP stream, below.