photo: Torres at The Seaport in 2014 (more by Amanda Hatfield) 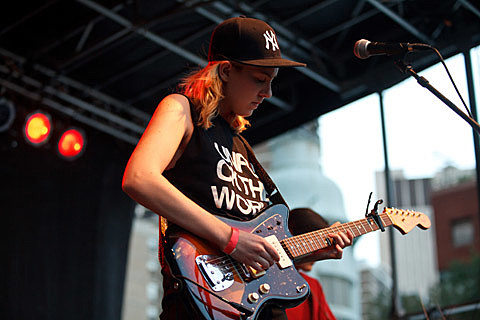 Torres already has a bunch of tour dates scheduled for this May, and is playing SXSW in March, and she's since scheduled a NYC appearance to take place before that. She'll be opening the second of two Timber Timbre shows at Bowery Ballroom on that band's ongoing tour. She plays February 24, and Thus Owls open a day earlier. Tickets for both are still available.

Torres' second album, Sprinter, comes out May 5 via Partisan. Listen to excellent lead single "Strange Hellos," with her updated list of tour dates, below...