photo: Torres at Glasslands in 2013 (more by Amanda Hatfield) 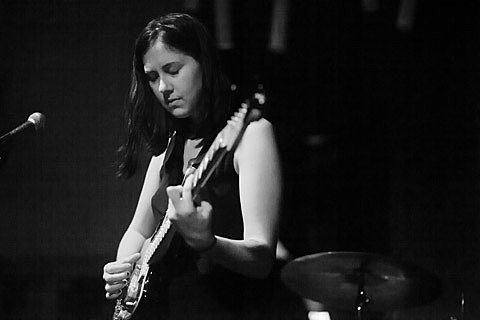 Like we said earlier this week, Torres just keeps adding NYC shows to her tour schedule. She just played a WNYC Soundcheck session at The Greene Space earlier this week (which you can watch below), and she's now added two more NYC shows for after the new album comes out. She hits Baby's All Right on May 27 with Aero Flynn and almost a month later plays Mercury Lounge on June 26. Tickets for Baby's are on sale now, and tickets for Merc go on sale today (3/6) at noon.

Torres also has a ton of SXSW shows announced. The poster with her current schedule, and list of tour dates, below... 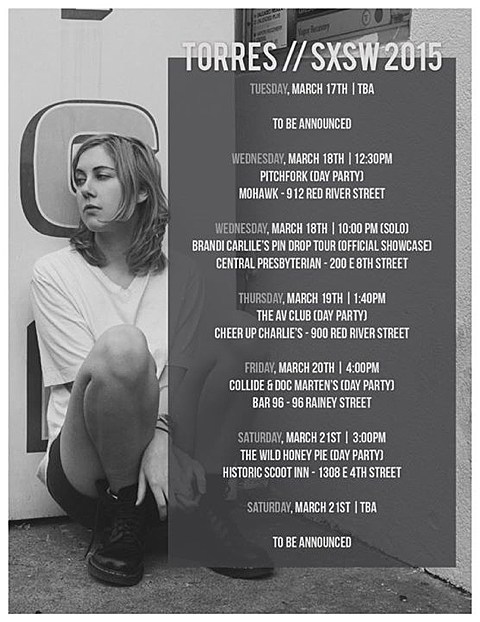