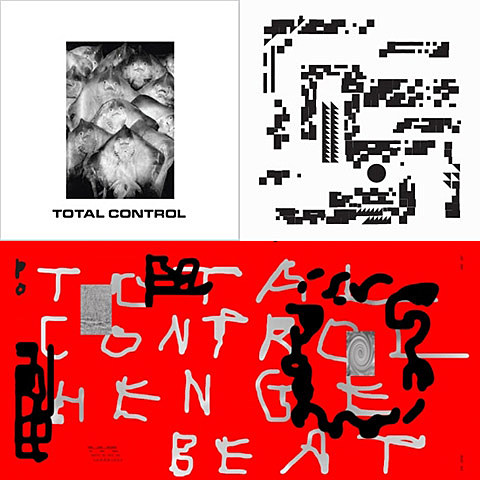 Australian synth-punks Total Control are currently on tour with Thee Oh Sees, where they'll be in Texas for the Fun Fun Fun Fest this weekend, and then touring the rest of the country, with two stops in NYC: November 17 at 285 Kent and November 18 at Le Poisson Rouge. (For ticket links, click the dates.) All Oh Sees/Total Control tour dates are at the bottom of this post.

Although their web presence is minimal and enigmatic, Total Control's lineage is not: Daniel Young is in Straightjacket Nation, and Mikey Young spends time in Eddy Current Suppression Ring and both are also in UV Race. (Fellow UV Racer Alistair Montfort, plus Zephyr Pavey and James Vinciguerra round out the live line-up.) After a string of 7"s the band released Henge Beat back in August, a real corker of a debut album. It divides its time between motorik synth workouts, jittery post-punk and more Eddy Current style stormers, with a nice layer of repetition repetition repetition coating the whole shebang. You can stream one of the album tracks at the bottom of this post. 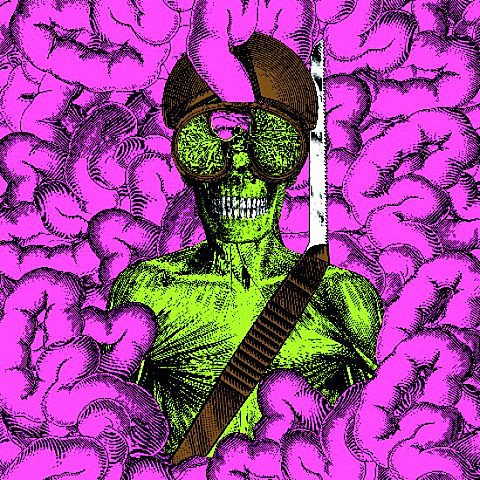 Most recently, Total Control released a split 12" with their current tourmates Thee Oh Sees on John Dwyer's Castle Face label which is worth picking up too. It is probably no surprise to learn that there's another Oh Sees album on the way, Carrion Crawler / The Dream, due November 15 on In the Red. Recorded live to tape over a few days this past June, it's a return to the more familiar Oh Sees sound after the demented psych folk that was Castlemania which came out back in May. You can download the two tracks that make up the album title at the top of this post.

Don't forget, this current line-up of Thee Oh Sees features Lars Finberg of The Intelligence and recent, well-deserved recipient of The Stranger's Genius Award for Music. Not that you need any more reasons to go to either (or both) of these shows.