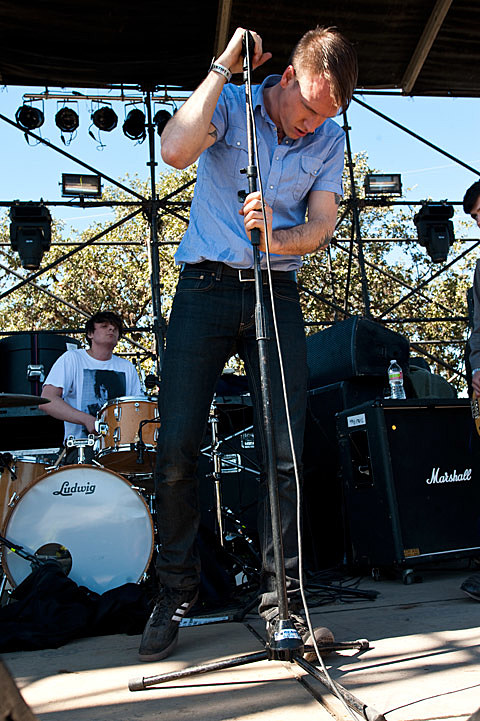 Fans of the great Australian post-punk band Total Control probably know that they don't play shows often, and they haven't played NYC since 2013. Earlier this year, they were announced for LA's Berserkertown festival, and the fest's promoters said at the time it'd be their only North American date of 2015. Well turns out that's not true, because they are in fact playing NYC on August 1 at Music Hall of Williamsburg. It's a great bill all around, with Danish synth pop band Lust For Youth, NYC post-metal trio Sannhet, and San Francisco's Flesh World. Tickets go on sale Friday (5/15) at noon with an AmEx presale starting Wednesday (5/13) at noon.

UPDATE: It's actually a seven-date US tour. All dates are listed, with a video and the MHOW show flyer, below... 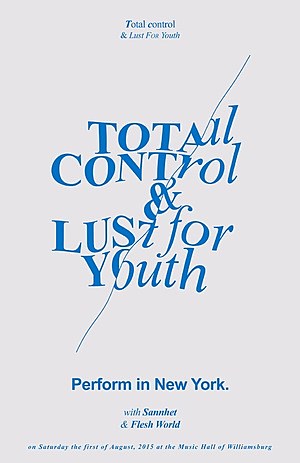