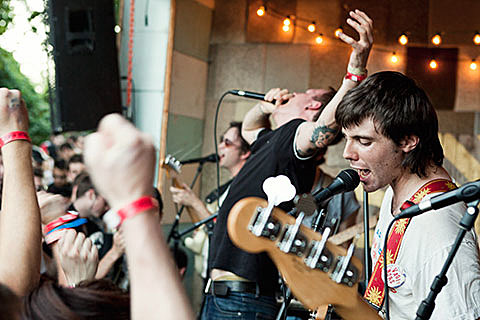 Total Control, who made one of our favorite albums of 2011, are back with their second album, Typical System, which will be out June 24 via Iron Lung Records. The band, featuring Mikey Young of Eddy Current Suppression Ring and a member of UV Race, tend to split their time between moody, synthy post-punk and full-on rippers. The first track released from the album, "Flesh War," falls into the former. You can stream it below.

As we've pointed out before, Mikey Young stays incredibly busy with about 37 musical projects going at any one time. Another of them, the strictly synths Lace Curtain, just released their third EP which is out now on Mexican Summer. It's the closest they've come to straightforward songwriting yet (not a bad thing at all) and you can stream lead cut "I Can't Wait" below too.