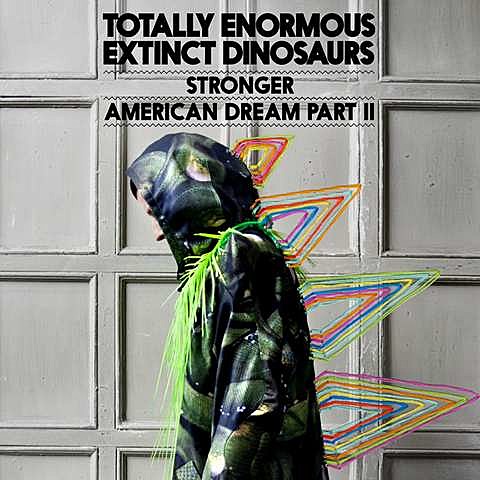 Totally Enormous Extinct Dinosaurs -- aka Oxford, UK's Orlando Higginbottom -- is coming back across the Atlantic for a short North American summer tour surrounding his Lollapalooza appearance. He'll play two shows in NYC before heading to Chicago: July 31 at Music Hall of Williamsburg and August 1 at Le Poisson Rougue. Tickets to the MHoW show go on sale TODAY (6/7) at 4PM and the LPR show is already on sale.

TEED's highly-enjoyable, totally danceable debut album, Trouble, is out June 12 via the newly-revitalized Casablanca Records and contains singles "Garden," "Trouble," and "Tapes and Money." Higginbottom just posted the Miguel Campbell remix of his next single "Stronger" which you can stream below. The original, which closes the album, owes a little to M.A.R.R.S. but this mix brings it back fully into disco territory.

The album is also streaming below, along with all listed TEED tour dates.