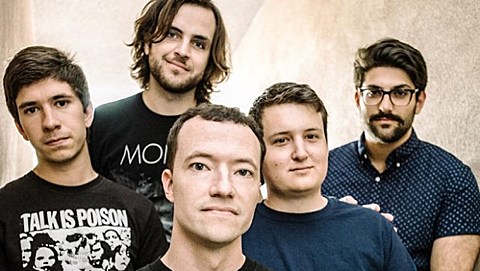 It's been a big year for Touche Amore, who released a potential hardcore classic with Is Survived By. Now they've announced a 2014 North American tour, which they're co-headlining with fellow lyrical post-hardcore band mewithoutYou, whose prime-era albums Catch For Us The Foxes and Brother, Sister share producer Brad Wood with Is Survived By. Seahaven is opening, and the first leg will also include openers Drug Church, while the second leg will also include Caravels. The run with Caravels hits NYC on February 26 at Le Poisson Rouge. Tickets for that show go on sale Friday (12/13) at 10 AM. All dates are listed, along with the tour flyer, below.

Though Drug Church won't be on the NYC date, vocalist Patrick Kindlon's other band Self Defense Family will be here when their tour with Pity Sex hits Santos on January 19 with Ovlov and Heroes of Modern Earth. Tickets for that show are still available.

All Touche Amore/mewithoutYou dates are listed, along with some videos, below... 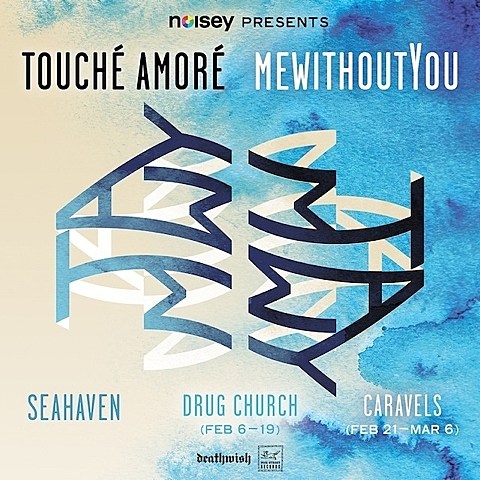