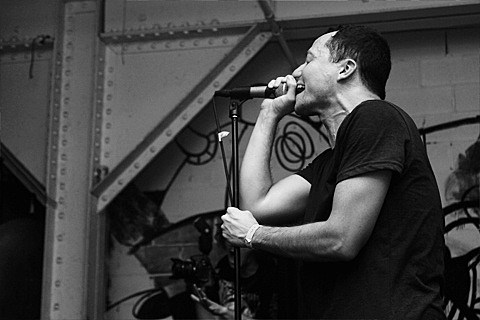 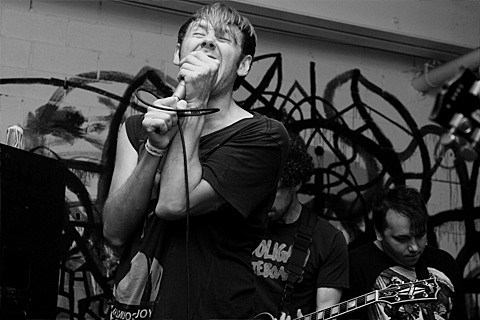 Geoff Rickly took a break during United Nations' ripping set at 285 Kent last night (10/9) to dedicate a song to Touché Amoré, the band they were opening for. He said it's amazing and inspiring that in 2013 a hardcore band plays with as much heart as they do, and he's right. Watching the sea of people fight their way to the front of the oversold scrum just to scream a single lyric within earshot of TA frontman Jeremy Bolm was a life-affirming experience in itself, to say nothing of how life-affirming it was for everyone in the crowd to be seeing this band in the flesh.

Touché Amoré doesn't traffic in trends. Despite being lumped in with a "New Wave of Emo" that's reared its head this year on the blogosphere, the Los Angeles five-piece is purely itself, not just some bullet-point on a list. Their brand of hardcore is simultaneously shimmering and abrasive, and Bolm's self-obsessed, wounded lyrics and vocals help set them apart from the bands they're ostensibly sharing a movement with. They are emo in the sense that they emote, but they have a lot more in common with Converge or Moss Icon than, say, The World Is A Beautiful Place & I Am No Longer Afraid To Die. (Not throwing shade; TWIABP is a very good band as well.)

Their gorgeous cacophony comes off live exactly how you'd expect. At 285 Kent, they played basically every fan favorite, which is to say, they played basically every song they've ever written. The energy level in the crowd barely wavered from set opener "Just Exist" from this year's Is Survived By to closer "Honest Sleep" and unplanned encore song "Face Ghost." Bolm's vocals were mixed high - the only way to mix a Touché Amoré show - but he was matched in volume and intensity by a chorus of fans on nearly every line. Of course, the vocals wouldn't be nearly as effective if they weren't anchored by the incredible guitar tones of Clayton Stevens and Nick Steinhardt, sturdy bass lines from Tyler Kirby and some surprisingly off-kilter drum work by the tireless Elliot Babin. Despite Bolm being the center of attention, it's impossible to forget that you're watching a band up there.

Still, lyrics won the day, and I imagine most people in attendance will remember the show for how loudly the crowd was able to sing along. It was a little strange to see the words that Bolm wrote proudly, selfishly for and about himself being screamed by hundreds of people who felt they were written for them. It's amazing that 285 Kent wasn't sucked into a vortex of self, but somehow, amid all the shouted, narcissistic neuroses, a sense of community was forged. That's the gift Touché Amoré gives: laying bare their insecurities so we can indulge our egos. Hardcore is weird, but man, hardcore is awesome.

The show, which we at BrooklynVegan presented, was a headlining stop for Touché in the midst of their tour with AFI which hits NYC tonight (10/10) for a sold-out show at Webster Hall. Like we said above, last night's show was opened by Geoff Rickly's band United Nations, in addition to Topshelf-signed screamo band The Saddest Landscape. Pictures of all three bands are int his post.

Speaking of Geoff Rickly, he just teamed up with a few members of Made Out of Babies to form the new band, Strangelight (also featuring members of Goes Cube and Red Sparowes), who released their debut EP, 9 Days, this week via Sacrament Music. You can stream the EP in full (via Noisey) along with more pictures from the 285 Kent show, below. 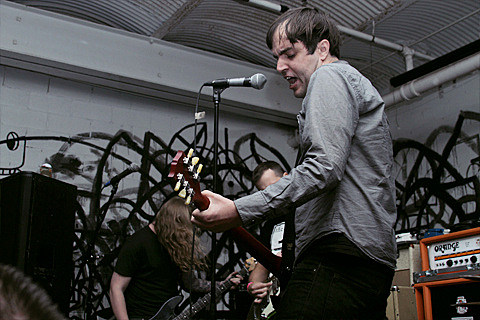 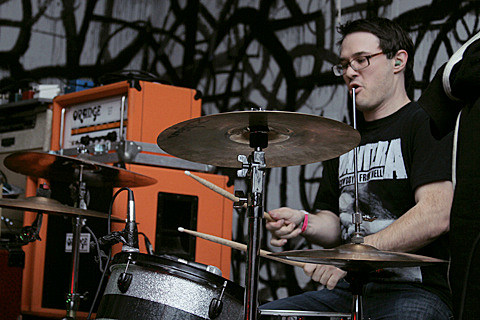 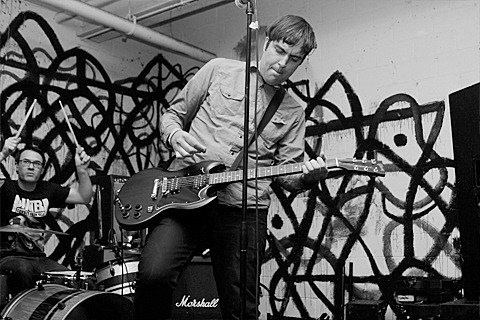 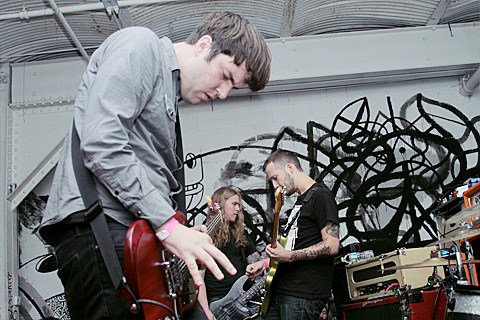 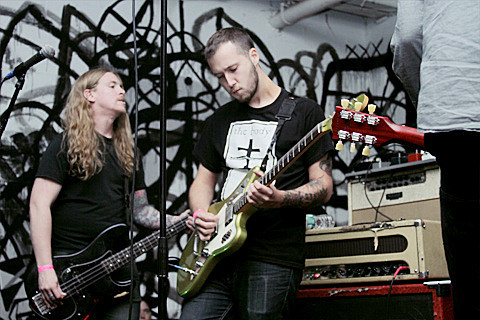 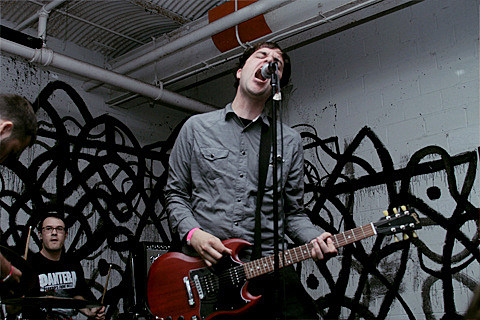 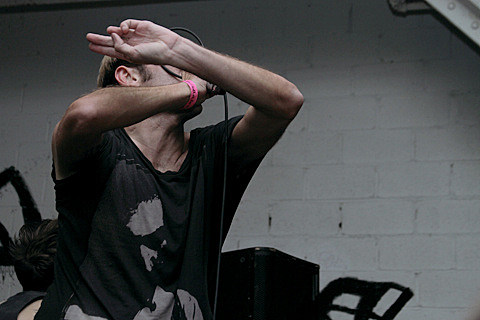 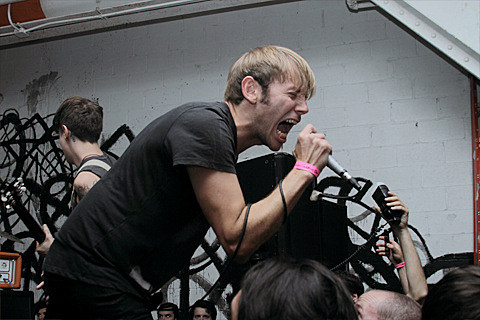 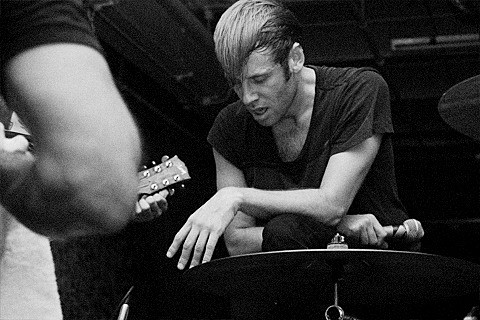 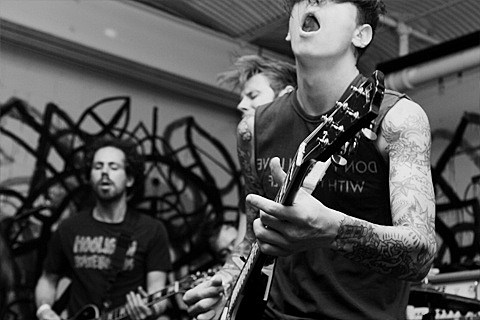 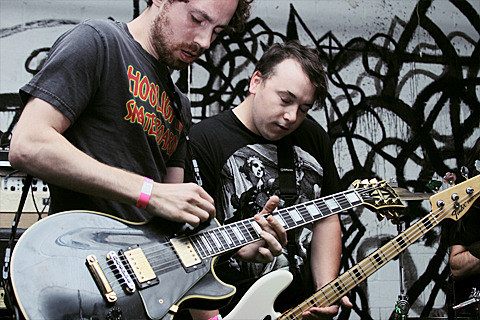 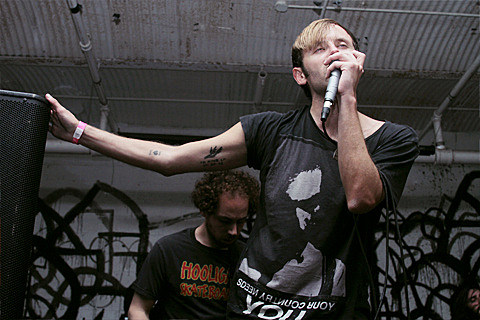 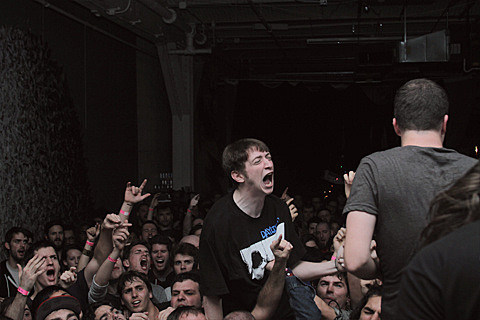 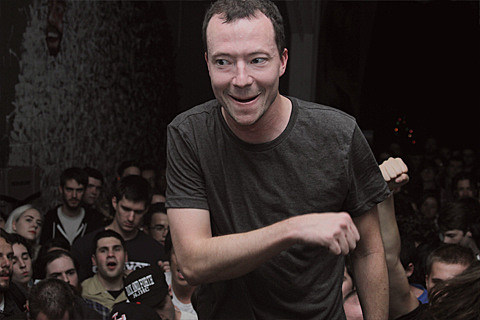 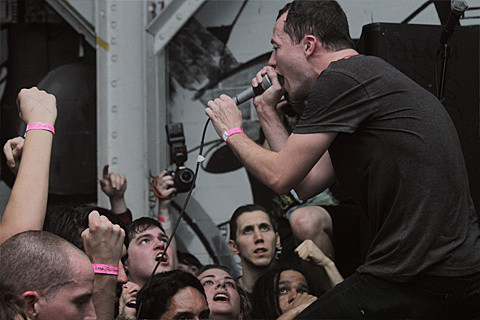 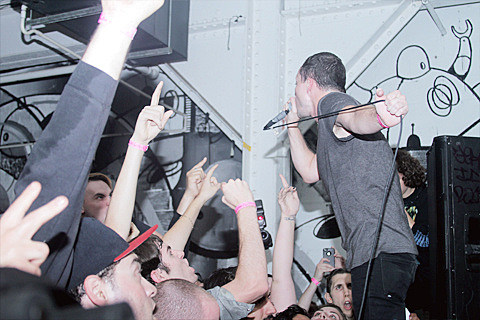 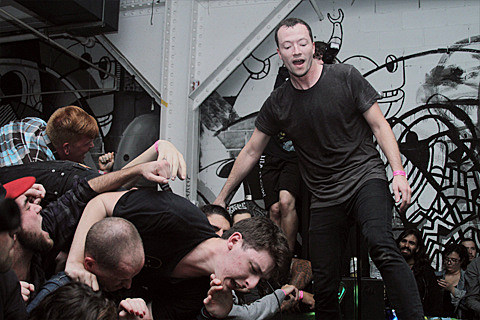 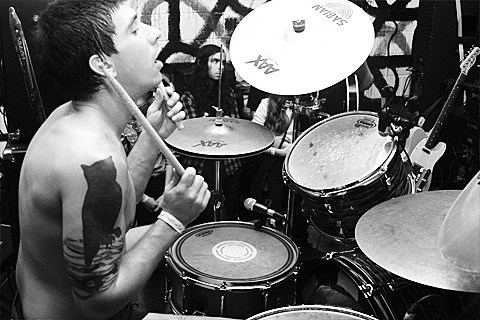 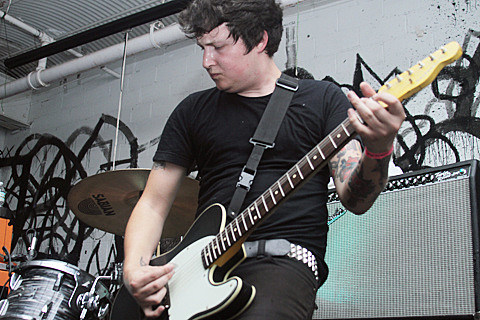