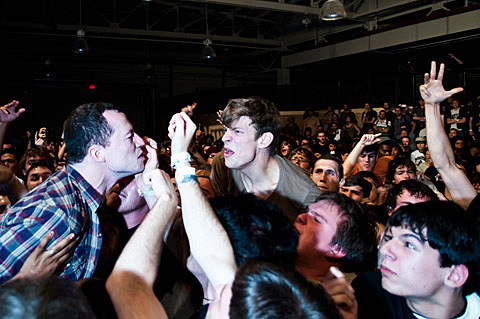 LA post-hardcore band Touche Amore are set to release their new album, Is Survived By, on September 24 via Deathwish, and earlier this month, they played the album in its entirety at a show in their home state. High quality video just surfaced of the band playing "DNA," which you can watch below. The band last released the studio version of another album track, "Just Exist."

Touche Amore will be in NYC when their tour with AFI hits Webster Hall on 10/10 (sold out).