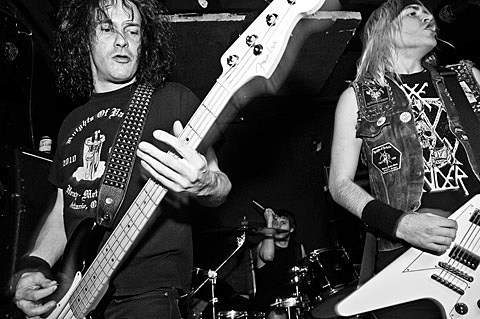 On a silent and snow-covered street in Brooklyn, Toxic Holocaust demanded a circle pit. The eager crowd at the Acheron on Wednesday (1/12) was willing to oblige them, but settled on a plain old mosh pit instead, which just raged even harder. That's the mark of a great live band. They say. The crowd does. The snowfall brought out the rage in the band too.

"Fuck snow! It took forever to shovel out fucking van. So it's great to have everyone out tonight!"

Toxic Holocaust was in town to launch a tour following the completion of their new-and-forthcoming LP for Relapse Records. Details are limited, but it is expected to be out "late spring 2011". Their tour continues tonight in Pittsburgh. All dates below.

Mortals was the lone support for Toxic Holocaust after a last minute (snow-related) cancellation by The Ominous Order of Filthy Mongrels, and the all-female trio delivered a heavy/sludgy batch of tunes to set off the evening right.

More pictures and some video from the show, with more tour dates, below... 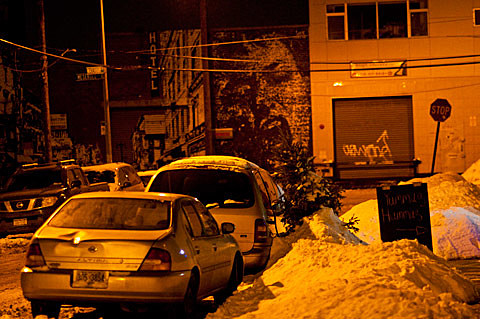 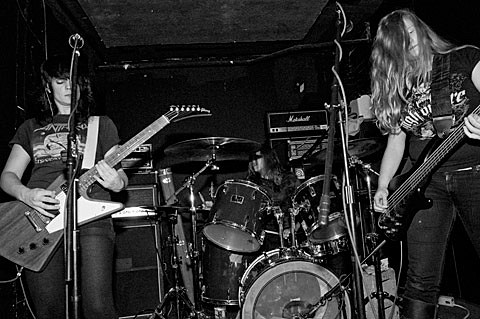 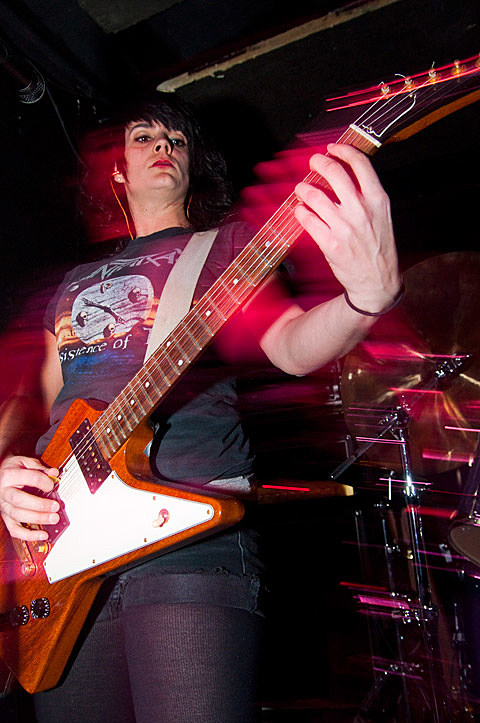 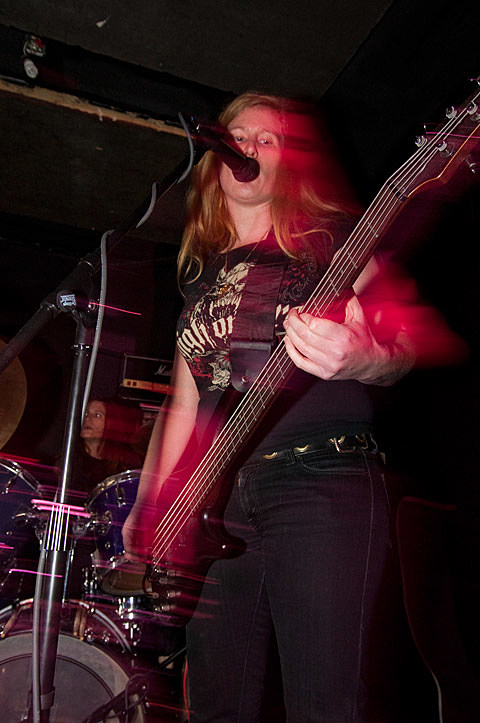 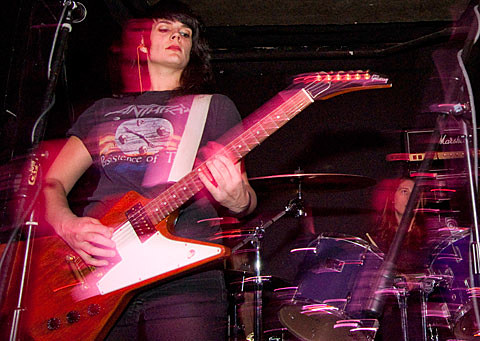 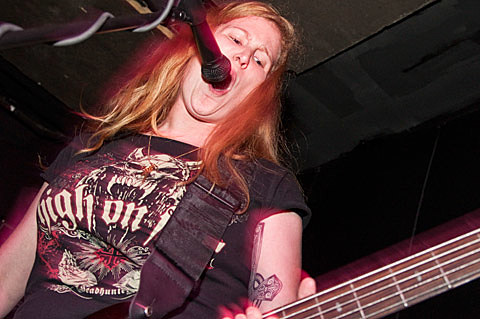 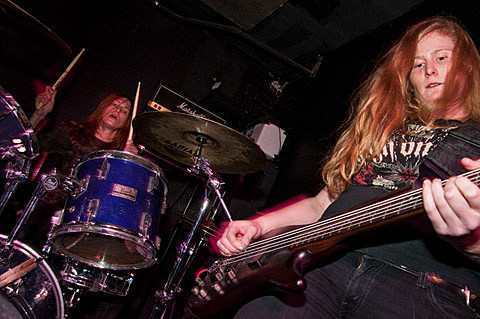 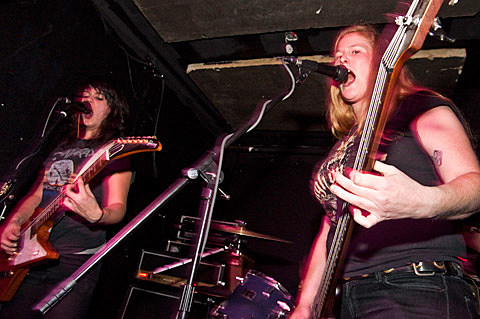 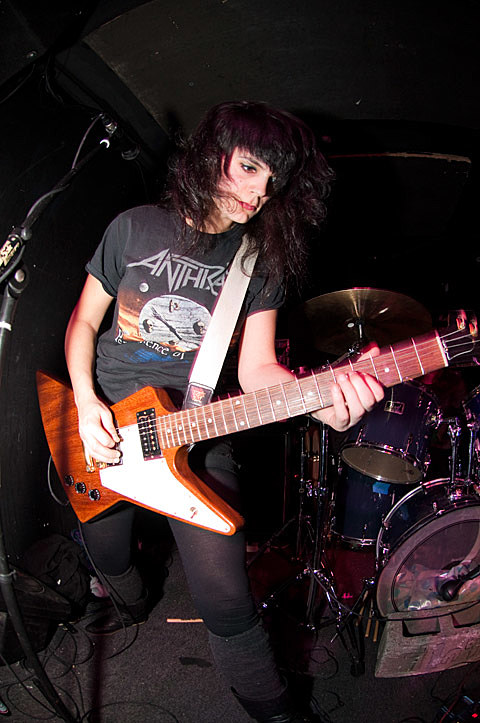 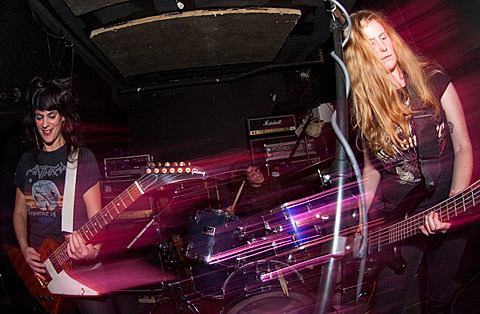 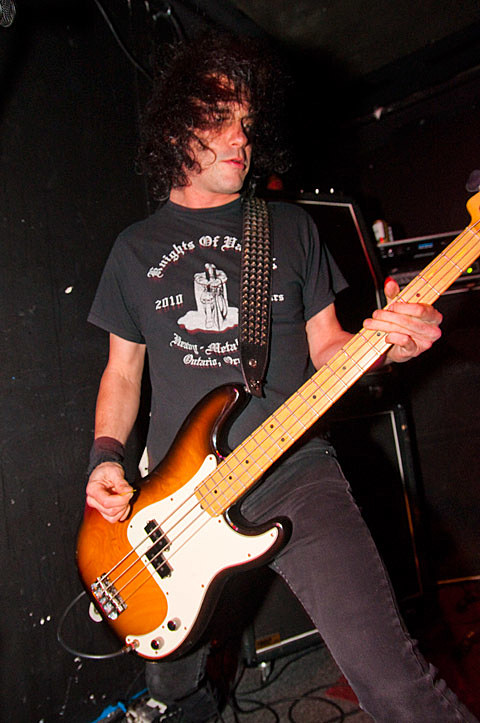 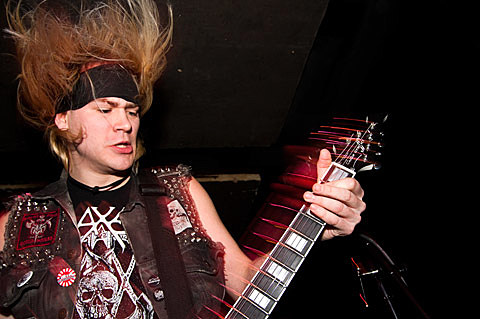 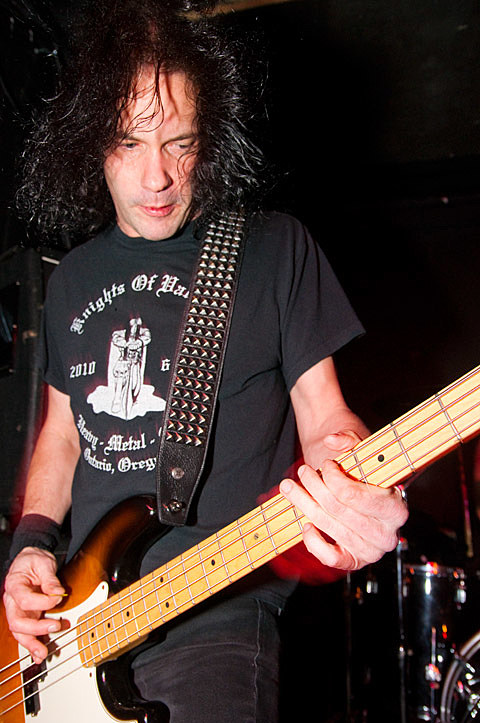 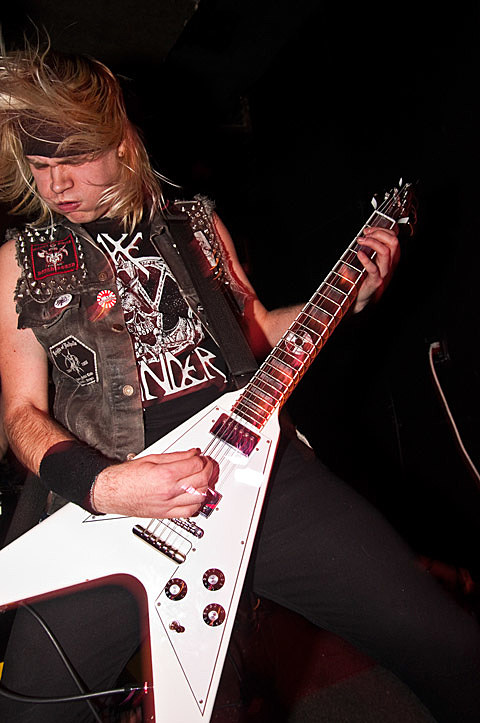 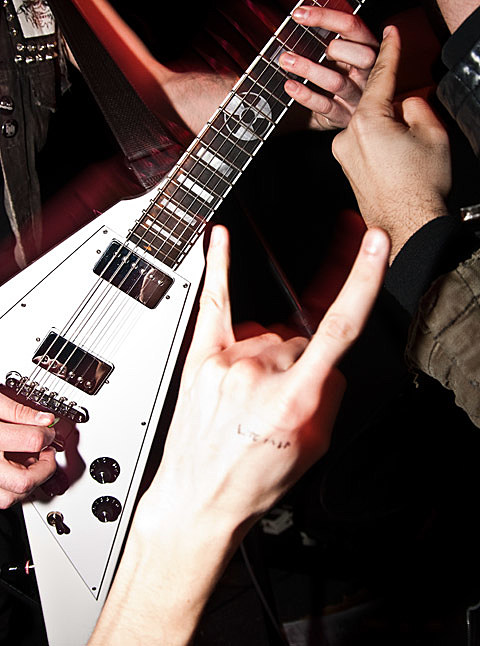 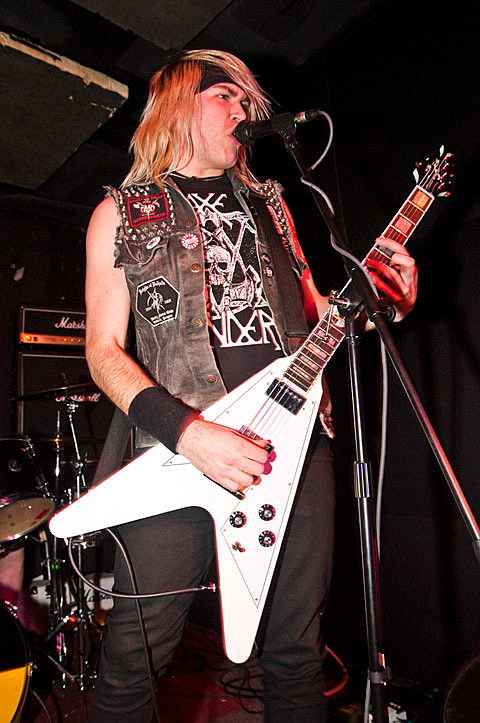 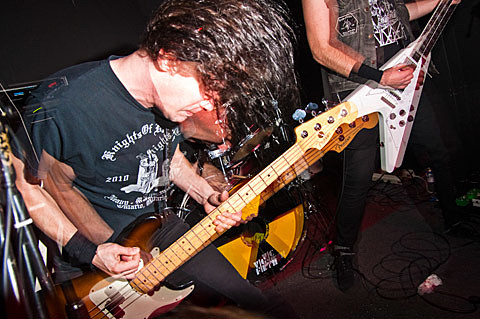 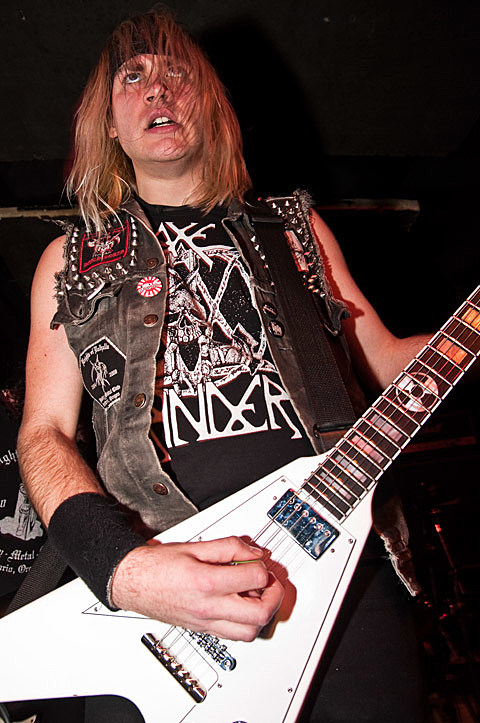 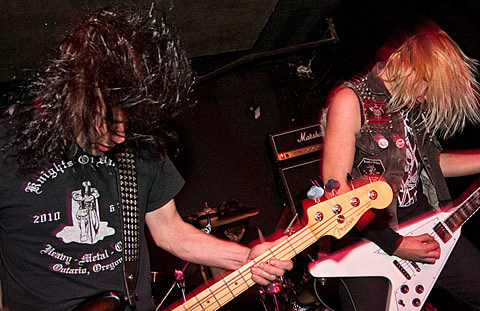 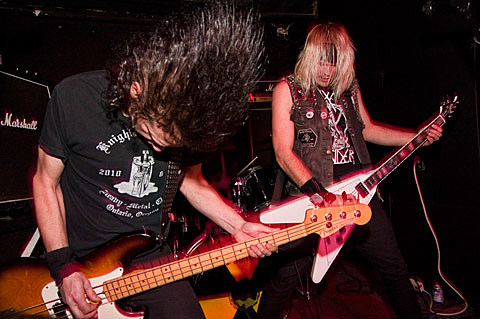 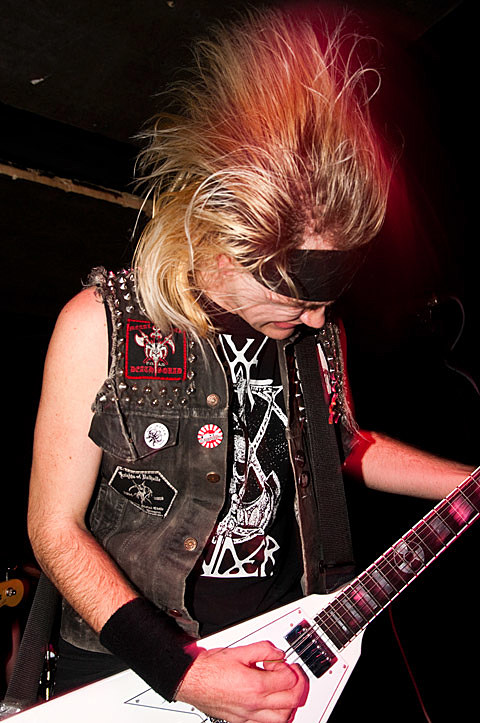 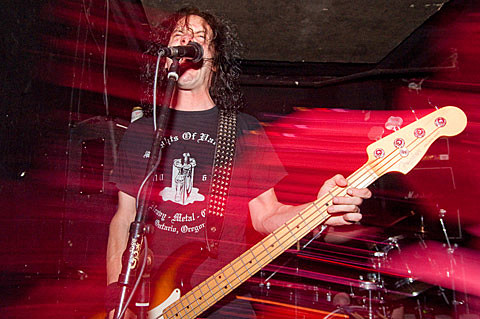 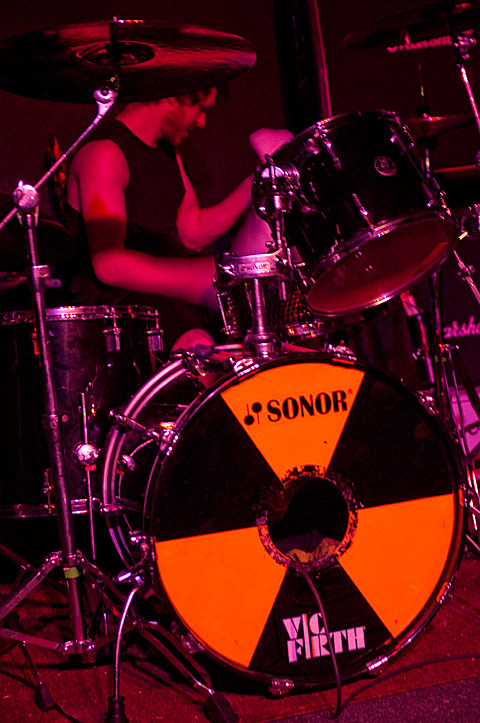 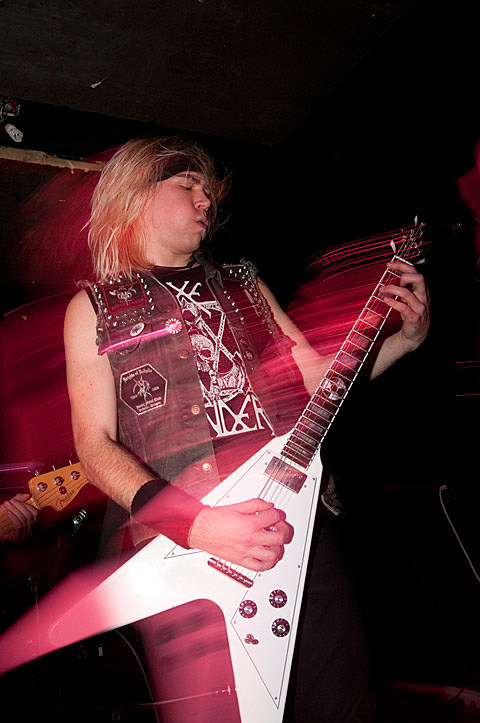 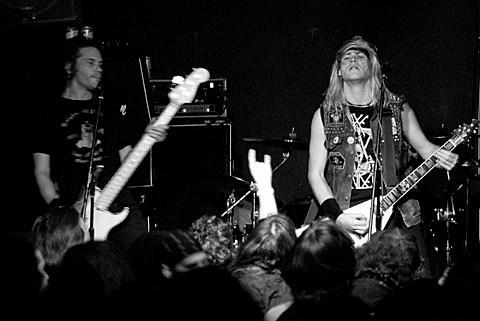