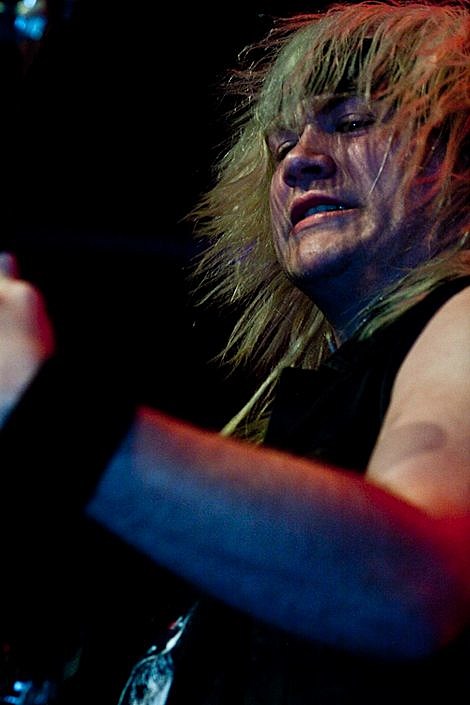 "DANZIG frontman and namesake has commented on the cancelation of the band's November 9, 2010 concert at the Cabooze in Minneapolis, Minnesota as part of the "Blackest Of The Black" tour. The show was reportedly called off an hour before the 6 p.m. showtime, with the rest of the bands on the bill -- POSSESSED, MARDUK, TOXIC HOLOCAUST and WITHERED -- going ahead and performing their scheduled sets.

Although there had been no official statement from the DANZIG camp regarding the cancelation, someone from the Cabooze told Secrets Of The City that the show was called off due to the fact that Glenn Danzig thought the stage at the venue was "too small."

When asked about the reasons for the Minneapolis cancelation during yesterday's (Wednesday, November 10) interview on Fargo, North Dakota's KQWB-FM (Q98 Rocks) station, Danzig replied, "Basically, we couldn't do our show there, but we had the other bands play . . . We tried to make it work, but at the end of the day it was a production call."" [Blabbermouth]

Toxic Holocaust, now finished with their tour with Danzig, will be in the Northeast next week, playing Philly and Boston next Friday and Saturday respectively. Unfortunately, the thrashy faves will bypass NYC, but the band will return to play Acheron on 1/12 with Atakke . More details, including opening bands on the BrooklynVegan/1000Knives-presented Brooklyn event are forthcoming, but for now save the date.

Full Toxic Holocaust tour sked, and some videos below...