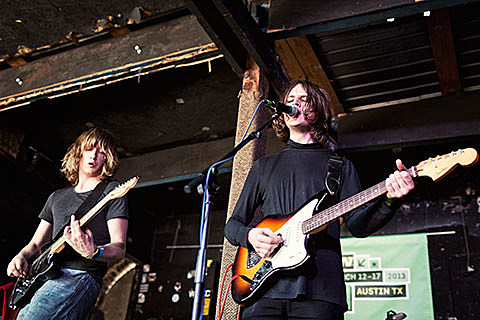 Dang it, Visa Issues strike again. UK band TOY were to have made their NYC debut this Thursday (10/10) at Glasslands but the venue just tweeted, "We are sorry to announce that due to delays w/ US immigration, Toy will no longer be able to play on 10/10. Refunds available via ticketfly." That's the second time they've had to cancel NYC shows this year.

TOY will, however, still be playing the The Corona Capital Fest happens October 12 & 13 at Mexico City's Hermanos Rodriguez Autodrome.

Thursday's Glasslands show is now Spires (who were to have opened for TOY) and Young Boys.