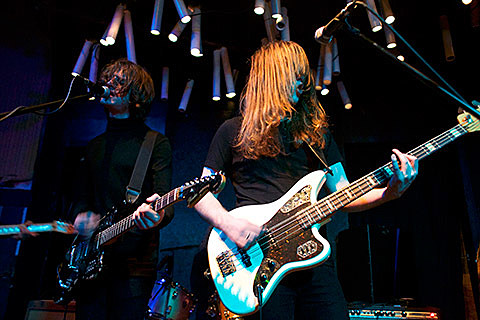 UK motorik shoegazers TOY were in NYC earlier this year for a couple shows -- I thought they were great, went to both. The band will be back in the States later this spring for Austin Psych Fest and will tour around that. Those dates will include two more NYC shows: Baby's All Right on May 5 and Mercury Lounge on May 6. Tickets for Baby's are on sale now; tickets for Mercury Lounge are currently on AmEx presale and go on sale to the general public starting Friday (3/21) at noon.

For those in Los Angeles, their show out there is with The Horrors which is a pretty perfect double bill. All tour dates are listed, along with the video for current single "It's Been So Long" below.