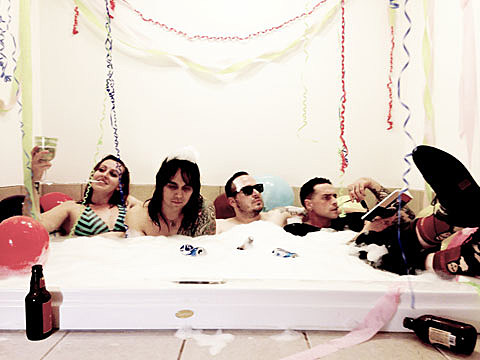 toyGuitar is the garage punk side project of Jack Dalrymple, who fronted One Man Army, also currently plays guitar in Swingin' Utters, and is/was a member of Dead to Me, Re-Volts and others. He's joined in toyGuitar by his Swingin' Utters bandmate Miles Peck on guitar, his Re-Volts bandmate Paul Oxborrow on bass, and drummer Rosie Gonce. The band put out their debut album, In This Mess, earlier this year on Fat Wreck Chords (order yours), and we've now got the premiere of the video for its track "Human Hyenas." If you dig the members' other bands, as well as Burger Records-style garage rock, you should check this out. Watch the video below.

As previously mentioned, toyGuitar are on the Fat Wreck Chords 25th anniversary tour with NOFX, Lagwagon, Swingin' Utters and more. That tour doesn't hit NYC but it will be nearby on August 14 at Stone Pony Summer Stage in Asbury Park. Tickets for that show are still available. toyGuitar have other shows before that tour too. All dates are listed below. 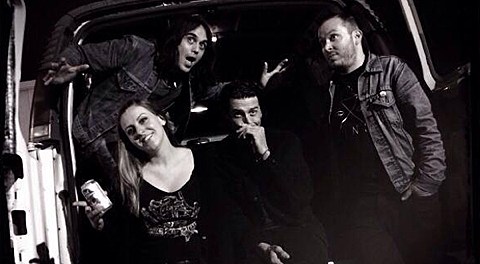