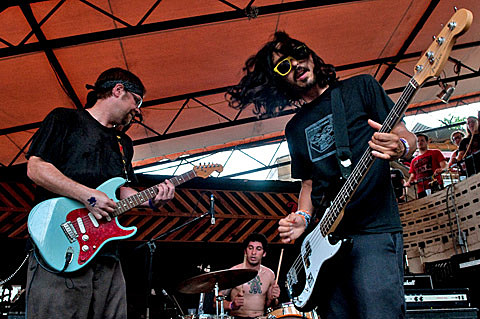 Toys That Kill (ex-F.Y.P., current Underground Railroad To Candyland) inject just enough sugary bounce into their punk rock to make even the most cynical "pop punk" hater nod along. The band is back with their first release in six years with Fambly 42, a collection of fifteen new tracks due via Recess Records on May 15th. Stream two new tracks from the collection, "The Nervous Rocks" (which maybe you heard already) and "Stye" (which makes its debut here).

As previously mentioned, Toys That Kill have set of tour dates scheduled that intersect with Screaming Females and take them down the West Coast and to Chaos in Tejas, but not east at the moment. All of those dates again and the new song stream, below...