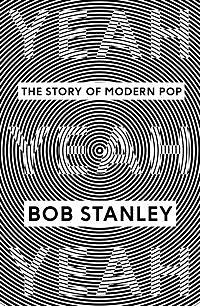 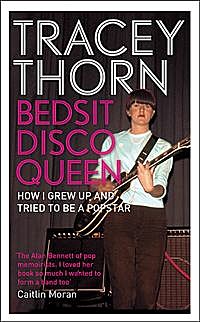 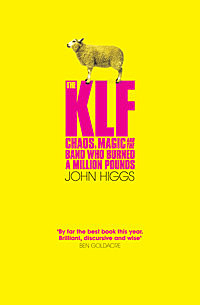 I've been reading a lot of music books of late, spurred on by travel, TV shows being on hiatus and my realization that there were some cool new books out. It kicked off with Morrissey's Autobiography and has kept going (with much better books, to be honest). So it seemed like a good opportunity to round up some of the year's more notable releases, including books about Everything But the Girl, Johnny Cash, 4AD Records, The KLF, and one that attempts to take in the entirety of the modern pop era. Check out the list below...

Bob Stanley was a music journalist at NME and Melody Maker before her started Saint Etienne and has continued to write since. His new book Yeah Yeah Yeah: The Story of Modern Pop is a genuinely amazing book, taking in every major facet of pop music from the debut of the 7" single through it's demise as pop's primary format in the mid-'90s. (Napster is it's official cutoff.) It's funny, smart and Stanley's ability to put everything in context is astounding, drawing correlations you might not have thought about, whether talking about The Sweet, TLC, or the Jesus & Mary Chain. It's the kind of book where you might start with a chapter on something you're already interested in and it's so well done you realize he's going to make the subjects you don't think you're interested in compelling. It's definitely told from a British perspective (hence chapters on glam and merseybeat), but he's really done his homework -- the book is David Foster Wallace deep in footnotes -- and I can't recommend this book highly enough. The only thing it's missing is an accompanying Spotify playlist featuring all the music talked about in the book. (This is a UK import, but NYers can pick it up at Rough Trade.)

I enjoyed Stanley's chapter on The KLF so much I wished he'd written an entire book on the Scottish pop terrorists...until I realized someone else wrote a book about them this year. And, it's fantastic. Almost any book about Bill Drummond and Jimmy Cauty's group whose non-musical exploits were perhaps more notable than the actual music, but John Higgs' The KLF: Chaos, Magic and the Band Who Burned a Million Pounds is as subversive as duo themselves, taking large detours into the JFK assassination, Discordians, the Illuminati while hitting the meaty stuff as well. Plus: dead sheep, submarines and a briefcase full of money up in flames. 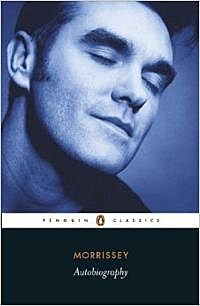 Before I get too far away from Bob Stanley, he reviewed Morrissey's Autobiography for Fabersocial: "'Anything is forgiven of anyone who makes us laugh" says Morrissey, quite aware of his own, often well-deployed, comic talent. Yet Autobiography feels as if it were written in two, or possibly three, different sittings, and the laughs come hard the longer it goes on.'"

By the way, did you see our all-Morrissey Holiday Gift Guide?

A much more satisfying autobiography about a similar timeperiod is Tracey Thorn's Bedsit Disco Queen: How I Grew Up and Tried to Be a Pop Star." The Everything But the Girl singer details her life in music, from her early days in The Marine Girls, through EBTG's jazz-pop beginnings to their '90s transformation into dancepop superstars. It's all told with so much levelheaded charm and wit. Terrific. 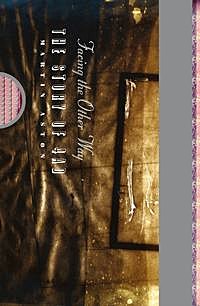 While it's turned into a more generic indie label, 4AD Records was one of the most iconoclastic labels of the '80s, with a distinct sound, look and attitude, all emanating from enigmatic domo Ivo Watts Russell. It was home to Cocteau Twins, Dead Can Dance, This Mortal Coil, Pixies, M/A/R/R/S and more. Martin Aston's giant new book, Facing The Other Way: The Story of 4AD is a comprehensive look at the label. At a daunting 650 pages (with cover design by 4AD's in-house artist Vaughn Oliver), it's very comprehensive. I'm just starting this one yet but reviews are mixed. Says The Guardian, "Like a completist fan, he can't bear to leave anything out, devoting pages to the careers of such minor acts as Cuba and Clan of Xymox and endless he-said/she-said accounts of financial altercations. He might have been better off hewing his mountain of interview material into an oral history, or at least losing a couple of hundred pages." I'd personally like just a book of Vaughn Oliver's gorgeous LP and 12" covers.

And here are some other notable books from this year... 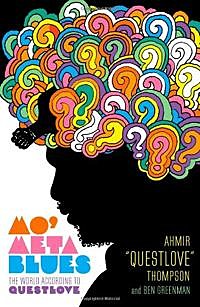 In Mo' Meta Blues: The World According to Questlove, The Roots drummer tells his story through this unconventional memoir. Says Rolling Stone, "He's as much cultural critic as memoirist - he can't resist interrogating, debating and riffing on every milestone he achieves. When Jay-Z asks the Roots to back him at an MTV Unplugged show in 2001, Questlove's first instinct is to worry about alienating underground purists: 'He was the antichrist to a certain kind of hip-hop fan.' There are other voices in the mix, too, including some priceless interjections from the Roots' sardonic manager, Rich Nichols." 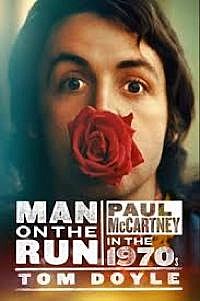 While he's days as a Beatle are well documented, McCartney's time in Wings is less so. Tom Doyle's Man on the Run: Paul McCartney in the 1970s looks at Macca during this looser time in his life. Says The Guardian, "McCartney is a famously unrevealing interviewee, but Doyle, who has interrogated him several times for Q and Mojo, fares better than most by focusing on Sir Paul's strange decade as an "outlaw hippie millionaire", stumbling through drug busts, band rebellions, unresolved feuds and deeply eccentric decisions." For more, there's also the new, exhaustive Beatles book All These Years: Volume One: Tune In. 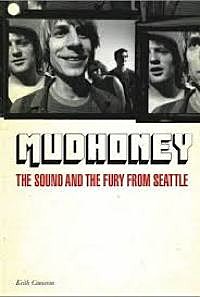 How about some Americans, you say? Mudhoney: The Sound & The Fury From Seattle by onetime NME editor Keith Cameron looks at one of the more influential (but underrated) acts in the Pacific Northwest's scene who were an early linchpin in the early grunge scene. MOJO named it one their 10 Best Books of 2013 and Q said, "Their likability becomes brighter as they become a footnote in the scene they began, continuing the band as a weekend interest. Not quite a happy ending, but an apt one for a book that's as much about the spirit of punk rock as it is about the roar it makes. A must-read for anyone who wore plaid in the '90s." 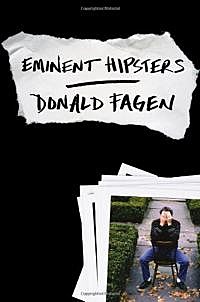 Steely Dan frontman Donald Fagen's memoir Eminent Hipsters tells his story through a series of loosely-connected essays. Says the NY Times, it's "as bleakly funny about the aging rocker's plight -- What's he going to write songs about? His kidney stones? -- as Steely Dan always has been about its perversely chosen subjects. If you'd like to know what the lyrics to their song 'Deacon Blues' were really about, and whether it has to be played at an Alabama tour stop just because it mentions Alabama, take comfort: Mr. Fagen's cranky new incarnation is just as thornily entertaining as his cranky old one." 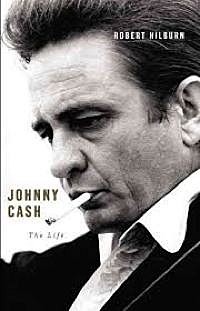 And finally, Johnny Cash: The Life by LA Times critic Robert Hilburn attempts to seperate the fact from fiction in the Man in Black's life, while giving each its merits. Says the NY Times, "Although the narrative of this book bogs down a little midway through -- when Mr. Hilburn seems to give us nearly blow-by-blow accounts of Cash's drug use, his trashing of hotel rooms and near-death driving experiences -- his writing is as authoritative as it's engaging when he's discussing the singer-songwriter's music."

Have you read anything good lately?