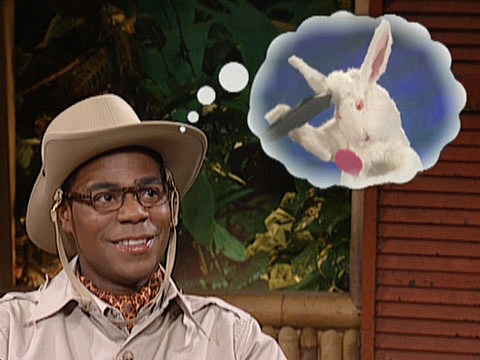 Saturday Night Live is gearing up for its 41st season and they've just announced the first three hosts: Miley Cyrus will host the season premiere on October 3, then it's Amy Schumer on 10/10 and former SNL castmember Tracy Morgan on 10/17. The latter is especially notable as it will be Morgan's first comedic work since the horrific 2014 car accident that killed his friend James McNair and left Morgan in critical condition. This will only be his second public appearance since the crash, the first being a Today Show interview back in June where he revealed he's still suffering effects from the traumatic brain injury he incurred in the accident. Tracy, glad to have you back and looking forward to a new Brian Fellows sketch.

No word on musical guests yet. Stay tuned.