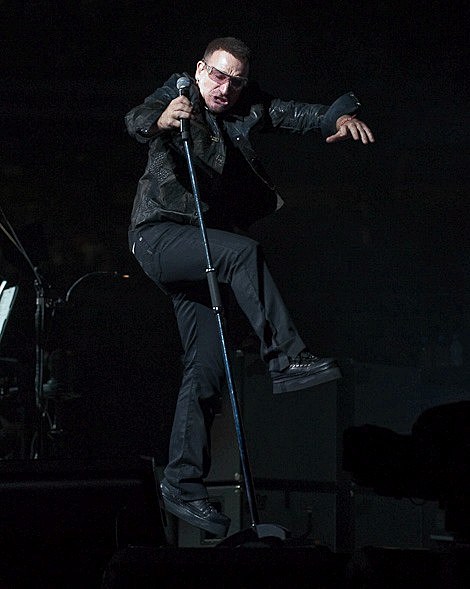 StubHub, the world's largest ticket marketplace, is launching the Take Off Your Boots campaign to collect shoes for the charity Soles4Souls, and giving away tickets to the U2 360 Tour to those who participate. From May through July, StubHub with the help of Hard Rock Cafe, will host events in Denver, Los Angeles, Miami, New York City, Philadelphia, San Francisco and Seattle to collect new or gently used shoes. In exchange for donating a pair of shoes at these events, fans will receive a pair of U2 tickets.

Soles4Souls, a Nashville-based charity, collects shoes and distributes them to people in need. Since 2005, it has given more than 13 million pairs of new and gently worn shoes to people in over 125 countries.

"We are thrilled StubHub is making it easy for people in these cities to donate to our cause. We hope that as a result of the Take Off Your Boots campaign , Soles4Souls will be able to distribute thousands of pairs of shoes to those who are most in need," said Wayne Elsey, Founder and CEO of Soles4Souls.

There is a limit of one pair of U2 tickets per person donating a pair of shoes at the Take Off Your Boots events, while supplies last. Shoes must be gently used or new to be accepted.

The Take Off Your Boots campaign will come to NYC on July 20 from 11 AM to 2 PM at the StubHub Last Minute Services Storefront on 40th and Broadway. The full list of cities with dates and locations is below.

The campaign is for U2's 360 Tour which hits Meadowlands Sports Complex in East Rutherford, NJ on July 20 with support from Interpol. Florence & the Machine also open part of the tour.

U2 played Glastonbury Festival this past weekend. Check out a video of that with their setlist and all tour dates below...

Main Set: Even Better Than The Real Thing, The Fly, Mysterious Ways - Independent Women, Until the End of the World, One, Jerusalem - Where the Streets Have No Name - All You Need Is Love, I Will Follow, I Still Haven't Found What I'm Looking For - Movin' On Up, Stay, Beautiful Day - Rain, Elevation, Get On Your Boots, She Loves You - Vertigo - Garageland, Sunday Bloody Sunday, Bad - Jerusalem, Pride

Encore(s): With or Without You - Love Will Tear Us Apart, Yellow - Moment of Surrender, Out of Control

Comments: U2 plays the Glastonbury Festival for the first time. During the show, Bono sings several lines from 'Jerusalem', a song based on William Blake's poem, And Did Those Feet In Ancient Times. The Fly includes the full Zoo TV tour visuals, as do Mysterious Ways and One. Astronaut Mark Kelly appears on video before Beautiful Day as he's done on the 360 tour. Bono snippets The Beatles, The Clash and Coldplay. They also revisit Live Aid, playing Sunday Bloody Sunday and Bad together, and even Pride next - the song they were supposed to play at Live Aid. U2, especially Bono, gives this performance everything, and the crowd responds in kind. By the end, it seems U2 has won the night.
[U2Tours.com]

There is a limit of one pair of U2 tickets per person donating a pair of shoes at the Take Off Your Boots events, while supplies last. Shoes must be gently used or new to be accepted. The locations, dates and times of the shoe collection events are: