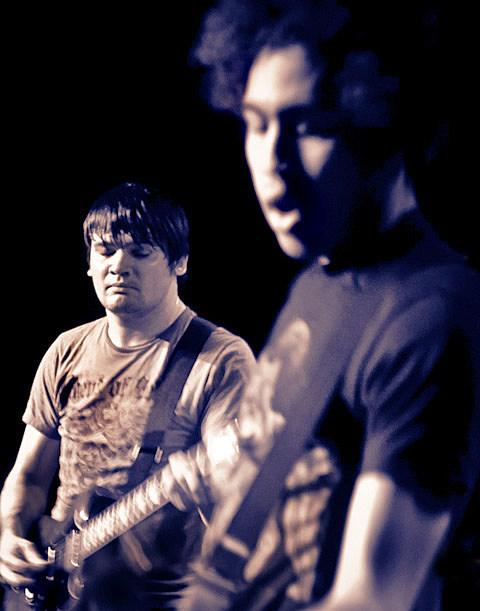 The walls of Littlefield were adorned with Conrad Keely's intricate pen/ink tributes to sci-fi, as his band ...And You Will Know Us By The Trail Of Dead celebrated the release of their new LP Tao Of The Dead with Takka Takka on Tuesday (2/8). Trail of Dead stripped down to a four piece for the show, sans keyboards, and though the band hadn't gotten their "sea legs" (per Jason Reece), they ripped through faves like "Richter Scale Madness", "Caterwaul", "Fake Fake Eyes", "A Perfect Teenhood", new tracks like "Pure Radio Cosplay" and "Ebb Away" before closing with "Relative Ways" as an encore. Takka Takka's set consisted of mostly new material that they were trying out for the Littlefield crowd. Their new album is due spring 2011.

Trail of Dead will be back around when they tour with Surfer Blood in May.

More pictures and the setlist (which leaves out "Relative Ways", the encore) from the Brooklyn show, are below... 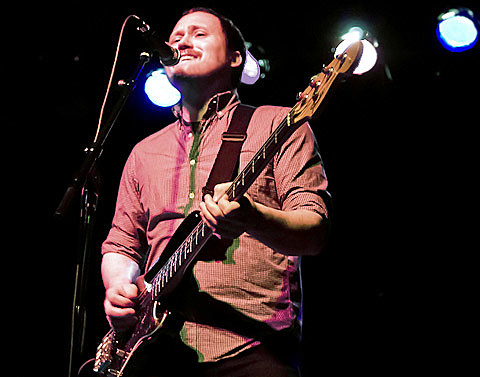 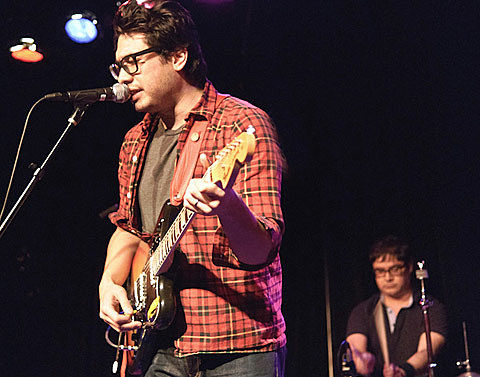 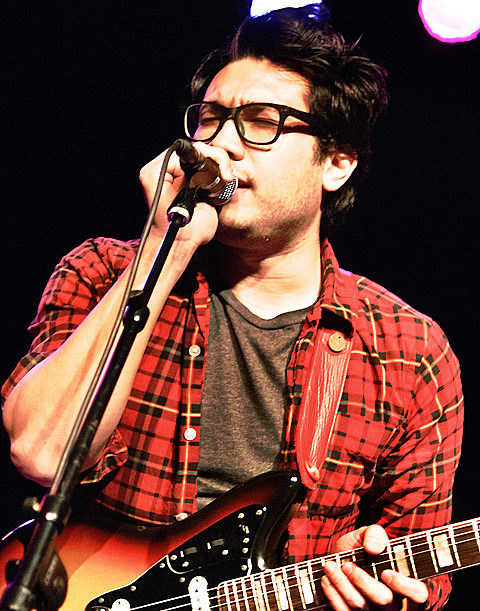 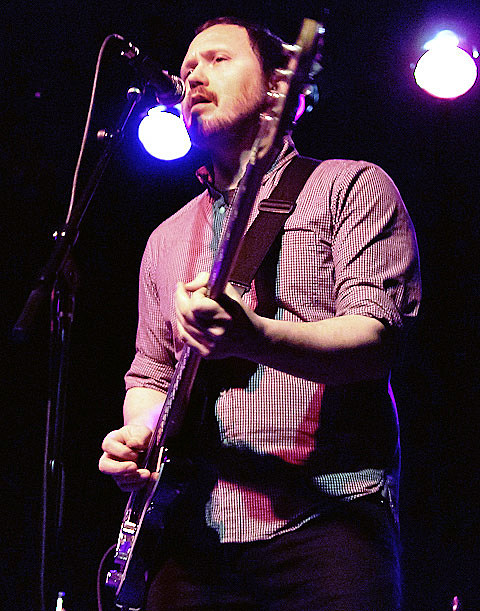 And You Will Know Us By The Trail Of Dead 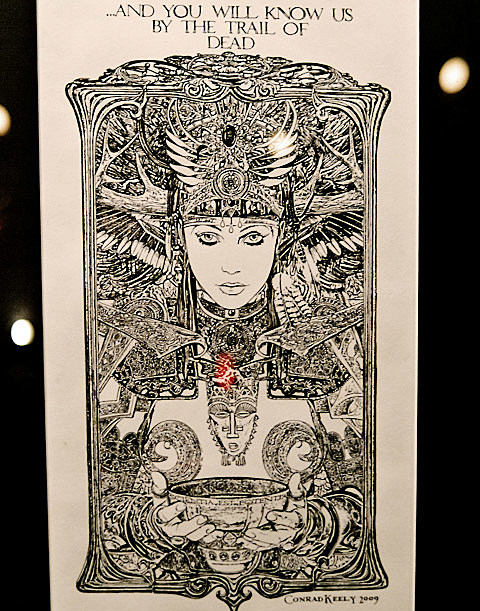 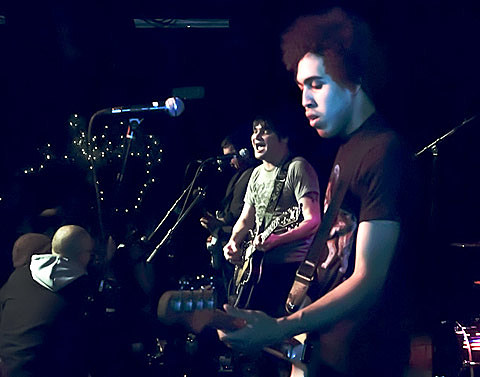 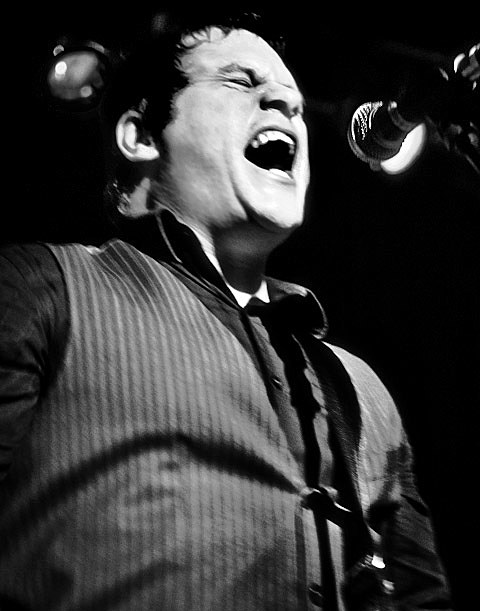 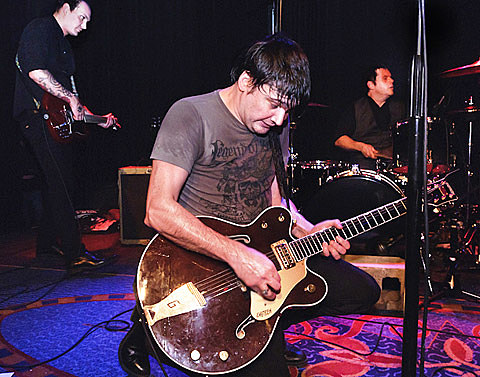 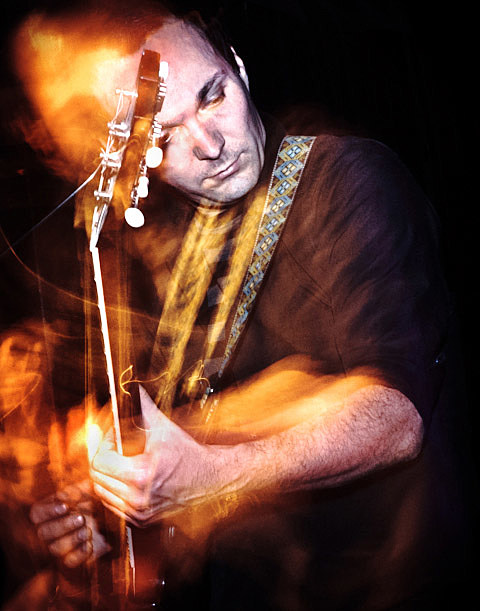 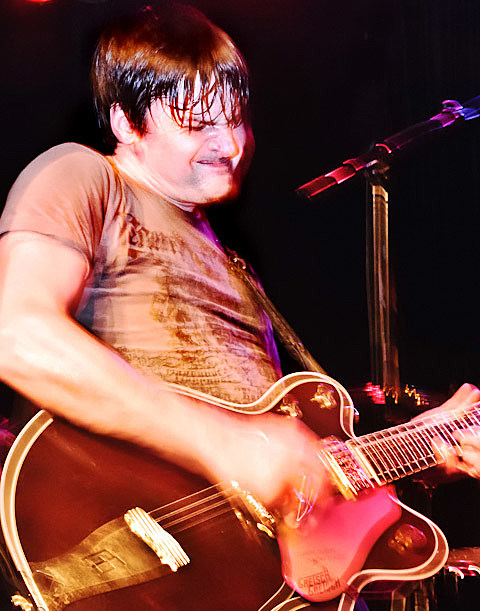 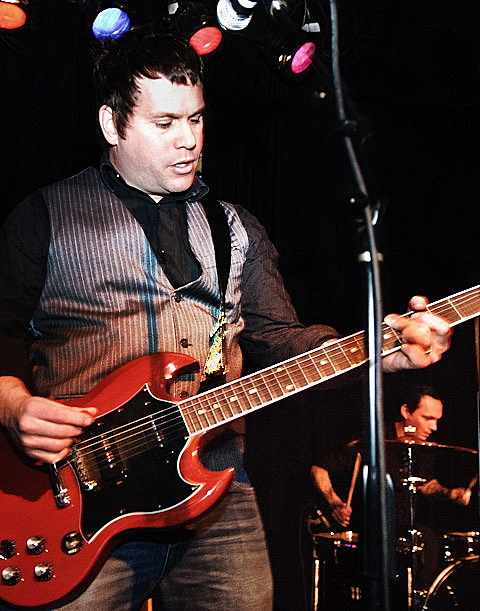 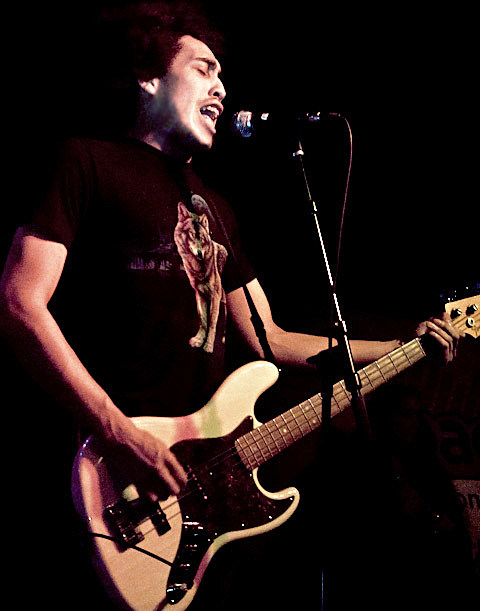 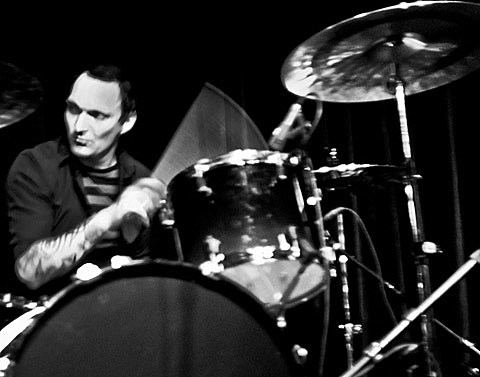 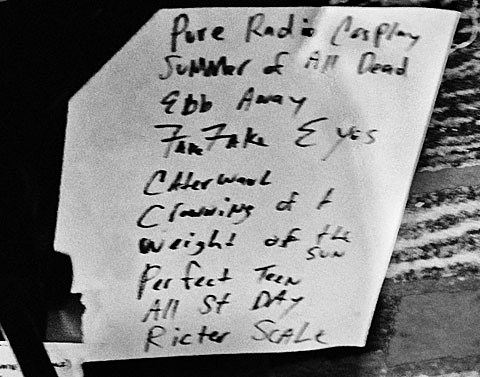 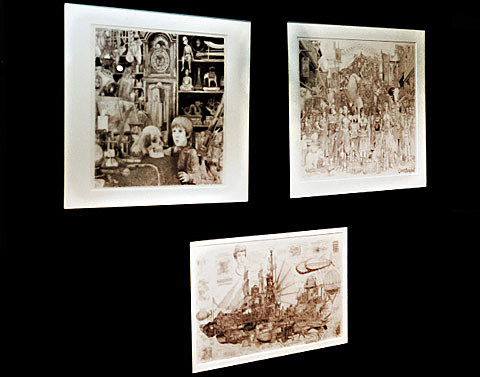 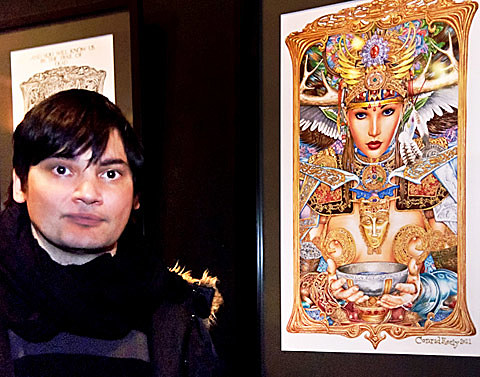