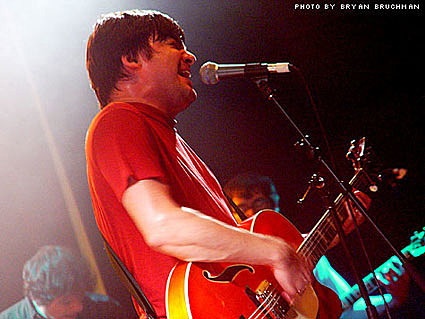 On Thursday (Oct 18, 2007) I (Klaus) went to the Highline Ballroom for the first time to check out the Thunderheist/Yo Majesty/Trail of Dead/Islands/Enon/The Octopus Project CMJ showcase. Unfortunately I was only able to stay for Thunderheist, Yo Majesty, and Trail of Dead but these three acts packed such a punch that I left very satisfied. 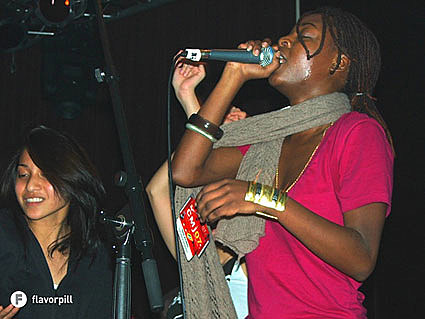 I have to start by mentioning that I've never been to the Highline, but I was pretty impressed with the quality of the sound and the sightlines. It did have an all-too-polished, almost sterile look and the numerous security guards on hand made it feel a bit confined, but overall I dug the place. Thunderheist was up first at 8pm sharp and blasted through an absolutely phenominal set to an unfortunately empty and impotent room. As an old fart, I'm not prone to too much movement at shows these days, but this two-piece's agressive vocals, overwhelming stage presence, and superb beats almost had me moving. There was a 5-minute period in their set when I felt that the wind had been taken from their sails, and I thought they might be one of these bands that tend to start strong and fizzle out. However, they cranked it right back up and ended the set with a bang. 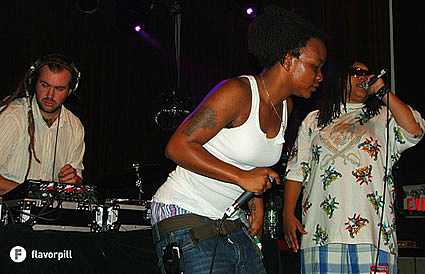 Next up was Tampa's Yo Majesty and they absolutely blew my mind. The DJ kicked things off solo, spinning a fantastic up-tempo beat to get the crowd in the mood for what was about to begin. Then Shunda K & Jwl. B came out and tore into a set that was explosive, aggressive, and relentless. By this time, the room had filled up a lot and Yo Majesty completely had us all in their power. And as has happened in the past, toplessness ensued. I cannot recommend them enough; see them live, buy their records, download their tunes, just do yourself a favor and acquaint yourself with them. I am so glad I did.

The third and final band up was Trail of Dead. People nowadays seem sort of wishy-washy about how they feel about Trail of Dead. Some people think they've still got it, others think they're not as good as they used to be. But last night's set of anthemic, powerful tunes put them back on my list of bands one must see live. In addition to being totally on top of their game, they were so goddamned loud my shoes came untied.

RELATED: Islands played this show and the BrooklynVegan party at R Bar. Yo Majesty didn't play R Bar, but did play Irving Plaza the next day. Thunderheist played the BrooklynVegan afterparty at 205 on Saturday night. Trail of Dead play Bowery Ballroom on November 23.