Tredici Bacci @ Trans-Pecos in May (photo by @trans.pecos) 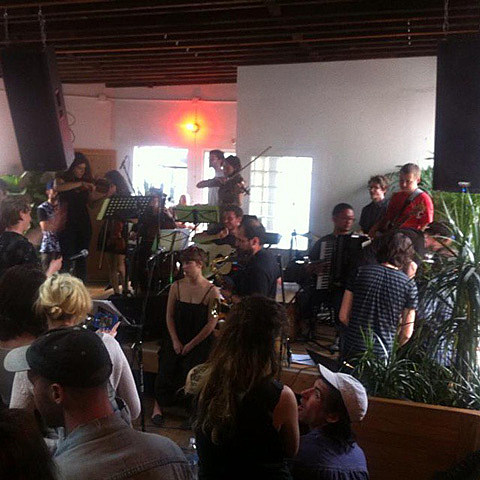 James Chance will play Trans-Pecos on Friday (6/26) with Will Epsein, Parlor Walls, and Eve Essex. The show is presented by outgoing curator, Northern Spy, so it's a bit of a changing of the guard. Tickets are on sale now. On Saturday (6/27) Trans-Pecos has an all-day show they're calling the Stoned Soul Picnic with Friend Roulette, Artanker Convoy, Sly Moth, Los Rockwells, Paycheck and "special guests." Check out Trans-Pecos' upcoming schedule here. 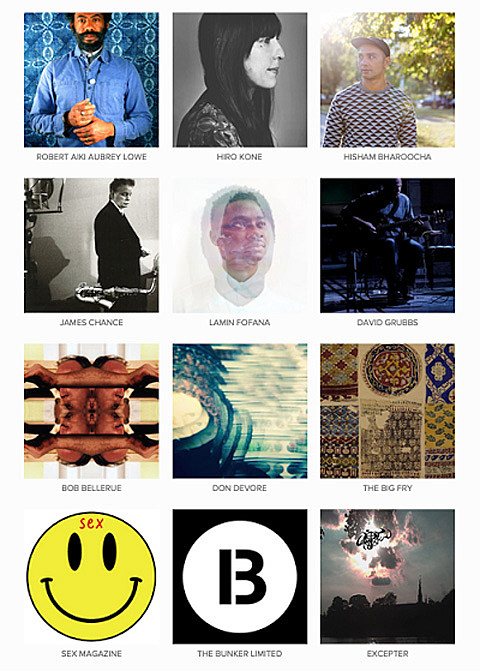 DAVID GRUBBS - David Grubbs is professor of Music at Brooklyn College and the Graduate Center, CUNY. At Brooklyn College he also teaches in the MFA programs in Performance and Interactive Media Arts (PIMA) and Creative Writing. He is the author of Records Ruin the Landscape: John Cage, The Sixties, and Sound Recording (Duke University Press). Grubbs has released twelve solo albums and appeared on more than 150 commercially-released recordings. He is known for his cross-disciplinary collaborations with writers Susan Howe and Rick Moody, visual artists Anthony McCall, Angela Bulloch, and Stephen Prina, and choreographer Jonah Bokaer. Grubbs was a member of the groups Gastr del Sol, Bastro, and Squirrel Bait, and he has performed with the Red Krayola, Will Oldham, Tony Conrad, Pauline Oliveros, and Loren Connors, among many others. He is a grant recipient from the Foundation for Contemporary Arts and was recently featured in Augusto Contento's documentary film Parallax Sounds. Grubbs is a contributing editor in music for BOMB Magazine, directs the Blue Chopsticks record label, and serves as a member of ISSUE Project Room's Board of Directors.

HIRO KONE- Hiro Kone is Nicky Mao, a New York City based musician and artist. Mao was a former member of Effi Briest and Up Died Sound. Her background in classical training and symphonic arrangements provides a stark juxtaposition to the raw sounds of Hiro Kone's material, evoking something both familiar and disorienting.

THE BIG FRY- Noah Rubin is an American-born artist/producer and music executive based in New York City. Until recently Rubin served as VP of Music for Decon (now Mass Appeal (magazine). Rubin had worked with Wu Tang Clan, El P, Dad Oath, Historics and many others.

HISHAM BHAROOCHA- Hisham Akira Bharoocha is an visual artist/musician/photographer currently based in Brooklyn, New York. Bharoocha's is known for his previous musical projects starting with bands such as Black Dice and Pixeltan. His current musical projects include Soft Circle, IIII (read Four), ZANZO and 41 Strings.

ROBERT AIKI AUBREY LOWE - Robert Aiki Aubrey Lowe (b. 1975) is an artist and composer that works with voice in the realm of spontaneous music often under the moniker of Lichens. Most recently, creating patch pieces with modular synthesizer and tonal vocal work has been a focus of live performance and recordings. twitter: @lichensarealive / instagram: kirlianauras

SEX MAGAZINE- Sex Magazine is a quarterly cultural magazine based in NY. Since launching in 2012, the magazine has produced 10 quarterly issues, while documenting the activities of the underground in real time on our blog, Sex Life. Edited by Asher Penn, the magazine has since it's inception has organized parties, concerts, exhibitions and events for it's diverse audience to come together IRL.

JAMES CHANCE- A key ﬁgure in No Wave, Chance has been playing a combination of improvisational jazz-like music and punk in the New York music scene since the late 1970s, in such bands as Teenage Jesus and the Jerks, James Chance and the Contortions, James White and the Blacks, The Flaming Demonics, James Chance & the Sardonic Symphonics, James Chance and Terminal City, and James Chance and Les Contortions. His music can be described as combining the freeform playing of Ornette Coleman with the solid funk rhythm of James Brown, though ﬁltered through a punk rock lens.

THE BUNKER LIMITED - For over a decade, The Bunker has been a storied night of musical exploration in New York City. For The Bunker Limited, we bring a ridiculous sound system into a very small space, and limit attendance to 150. The sets at these events are not recorded, and absolutely no photography is allowed inside. http://beyondbooking.com/thebunker/default.asp / https://soundcloud.com/thebunkerny/ /