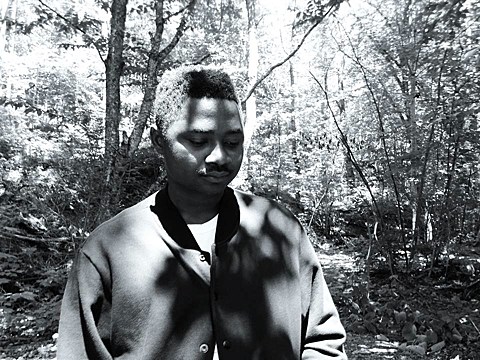 Ridgewood, Queens venue Trans-Pecos is hosting a series of afternoon shows on Sundays this month, beginning this week. The first is a rap/electronic show on 9/6 with Junglepussy, Joey LaBeija, NARC, Lamin Fofana (DJ), and DJ Ushka (tickets). Then it's the previously-mentioned Liturgy show on 9/13 (tickets).

The final two are headlined by two separate no wave legends. It's James Chance and the Contortions on 9/20 with Ex Models, Dreamcrusher and DJ Dutch E Germ (tickets); and then Arto Lindsay on 9/27 with Zs, Miho Hatori + Mayo Yamaguchi and Tygapaw (DJ) (tickets).

In honor of the series, Lamin Fofana (who DJs the first show) remixed Zs (who play the last one). Lamin is a techno/house producer who runs the Sci-Fi & Fantasy label (home to early Lotic releases). To quote Pitchfork, "His own work is part of a dialogue between techno, as it's broadly understood, and more abstracted forms. With the Another World EP, he attempts to link techno back to the real world, to bridge aesthetics with socio-economics, with ocean currents, with stale bread and dirty water." He offers a danceable take on "Corps" off the new Zs album Xe, which dropped on Northern Spy earlier this year. It premieres below.