Trap Them by Zach Dilgard 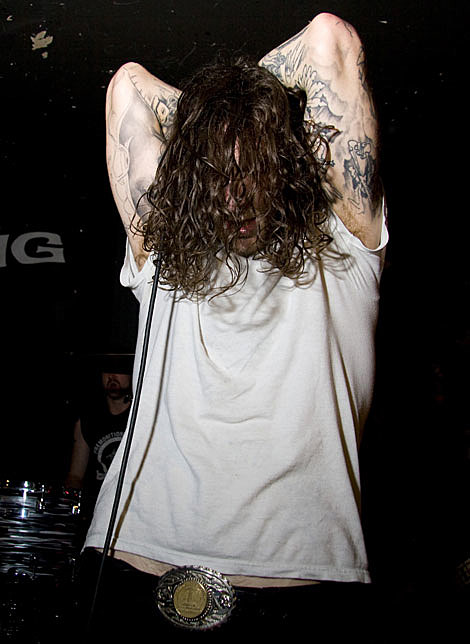 As discussed before, Trap Them are here, just in time to bludgeon Union Pool TONIGHT (Oct 28, 2008) with their Entombed-hardcore-grind hybrid and local Swordswallower-s Tournament in tow. Their new album, Seizures In Barren Praise, drops November 11th on Deathwish.

Trap Them was also on hand this past Saturday (Oct 25th) at the Brooklyn Vegan Day Show at the Knitting Factory along with Rival Schools and many many others. The show my first experience with recently recruited ex-Unearth drummer Mike Justain, who is a force to be reckoned with in both skill and intensity in live performance. Anchored by the short violent outbursts of vocalist Ryan McKenney (when his mic wasn't crapping out on him), a great band just got better, and if you are free tonight and are a fan of heavy music, make sure and swing on down.

Due to some time changes Saturday, Trap Them, unfortunately, played in the Old Office while the main stage featured Made Out of Babies who brought their big guns as well. Made Out Of Babies pics are comin right up. In the meantime the rest of the surly Trap Them evidence is below... 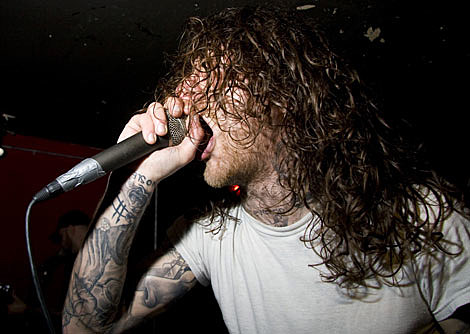 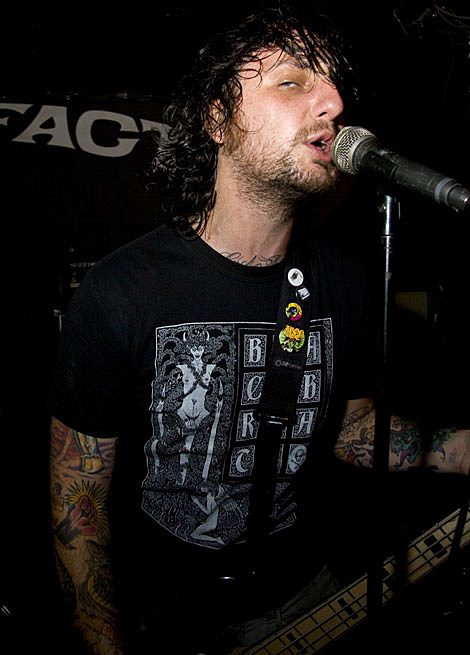 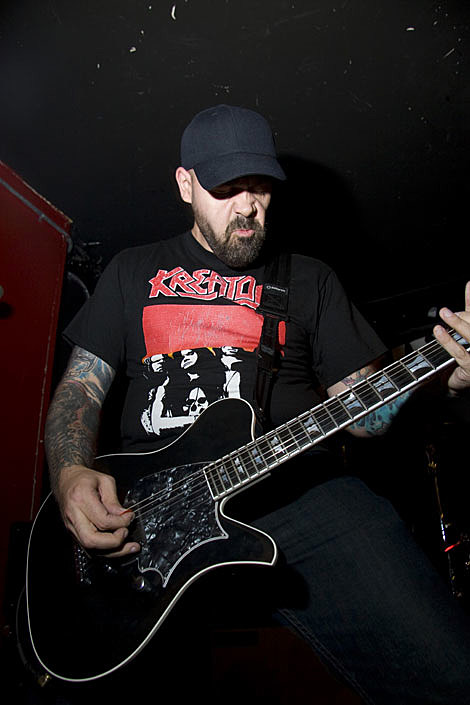 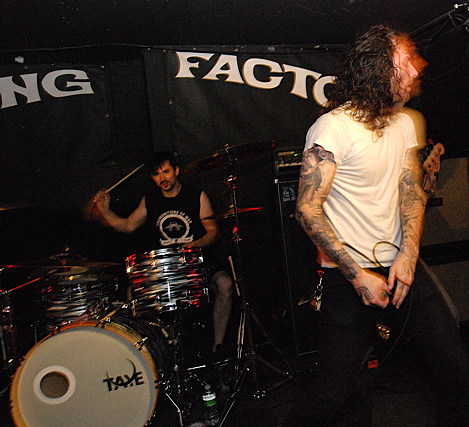 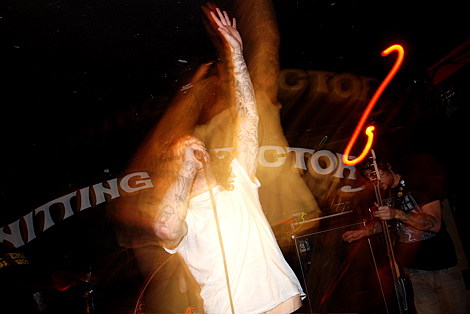 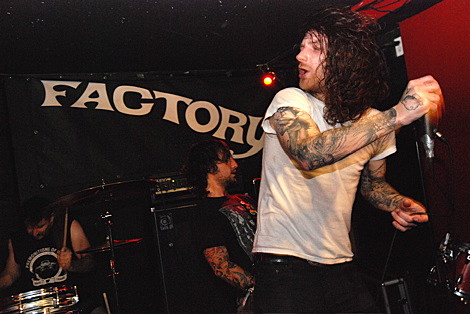 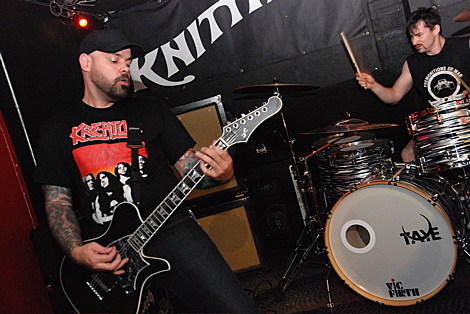 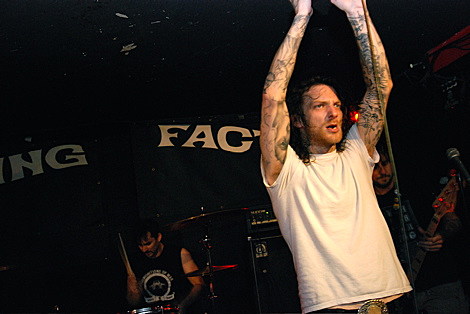 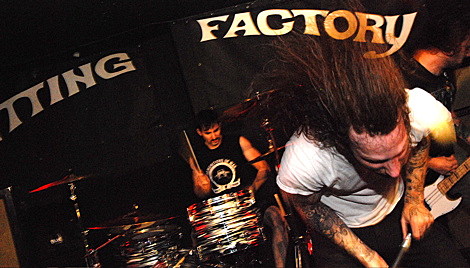