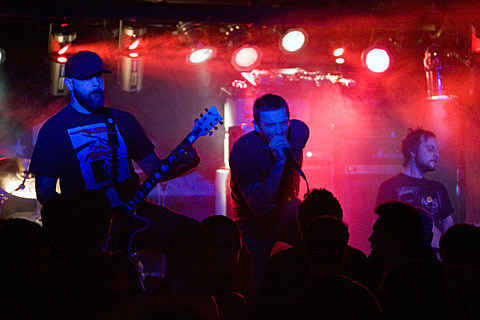 Trap Them, who you may have recently caught at The Studio, are still on the road for the rest of November and most of December. Right now they're still touring with Every Time I Die and Howl. On December 5th their tour-mates change to Job For A Cowboy, Skeletonwitch and Misery Index, and as recently revealed, those are the bands they'll play with at the previously mentioned show at Santos Party House on 12/16. Tickets are still available.

That's not Trap Them's only upcoming NYC show though! BrooklynVegan and 1000 Knives are proud to present the band's return to NYC in 2011, with All Pigs Must Die, Psychic Limb, and one more band TBA. The show, Trap Them's only scheduled headlining gig at the moment, goes down at Cake Shop on January 15th, 2011 and tickets are on sale.

If you're wondering who All Pigs Must Die is, the band is a supergroup of sorts comprised of members of Converge, Bloodhorse, and The Hope Conspiracy. APMD released their debut EP via Shirts & Destroy and though there are elements from all of the aforementioned, the release heads down a crustier, blackened d-beat path. Pick up a copy now.

In other good/bands-being-revealed-as-actually-playing-Santos news, the previously discussed Watain show at Santos recently got a little more interesting with the addition of the incredible Goatwhore and Hamsoken. Tickets are still available. Goatwhore is currently on tour with Watain and Black Anvil, but was previously not going to go as far as NYC with the other bands (or so they said). Goatwhore played Europa with Black Dahlia Murder on 9/30.

Full Trap Them tour dates as well as some video, is below. 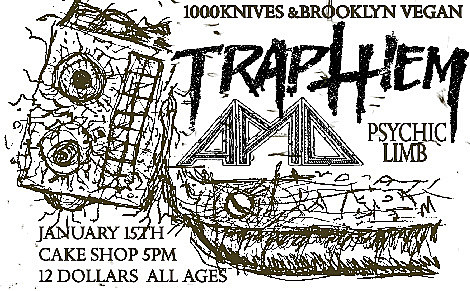