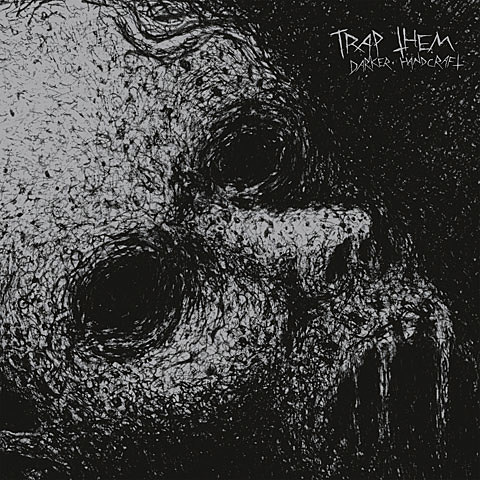 From our interview earlier this year:

Who were the personnel on the EP, particularly, who was behind drums?

Ryan: Chris Maggio is our new permanent drummer. As shocking as that is for people to hear, we are a full band now. No more musical chairs after every other tour. Brian wrote the new songs with riffs in mind, making rough demos with a drum machine before sending them to Chris. Those guys met up in Louisville and banged them out in a couple days. I wes sent rough versions, worked on them out here in Seattle, and then we all met up at Godcity and got down to business. All in all, it was the least stressful recording experience this band has had.

The mark of a great band? Take your biggest weakness and turn it into one of your biggest strengths. After years of a having a revolving door at the drummer's seat, Trap Them have drafted a skinsman in Chris Maggio (ex-Coliseum) who not only matches their game, but elevates it. This is the Trap Them that you remember, but done with precision brutality.

Trap Them's new Kurt Ballou produced effort, Darker Handcraft is due on March 15th via their new home Prosthetic Records. Pre-order it now. The record sees them revisiting similar themes to the bleak Seizures In Barren Praise and the similarly bruising Filth Rations EP. They meld elements of black metal, old school death metal, hardcore, and grind into the fiercest and murkiest cocktail of them all. Check out "The Facts", available for download above and streaming below. The song, like the cover art above, are making their premiere in this post. Clocking in at a shade over thirty-minutes, Trap Them have crafted the first must-hear record of 2010, and possibly their best LP to date. Highly, highly recommended.

And don't forget: Trap Them will play TWO NYC shows next weekend. 1/14 at Union Pool is with All Pigs Must Die and Black Anvil (tickets), and 1/15 at Cake Shop keeps the same lineup and adds Psychic Limb (tickets). Tickets are still available for both, for now. Before that the band is playing shows in LA and Chicago that are free with RSVP to Scion. Following that tour, the band will hit the road in April to tour Germany with Rotten Sound and Gaza.

All Pigs Must Die also have a Union Pool show coming up with Nails.