words and photos by BBG 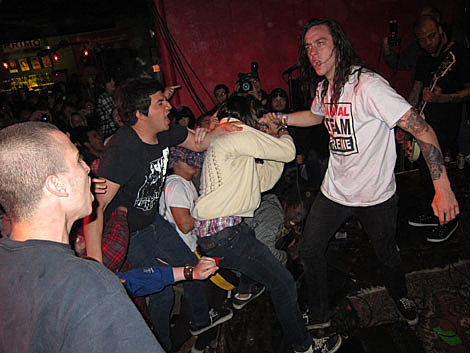 A few minutes before this terrifying Sacramento hardcore band took the stage, Fucked Up frontman Damian Abraham told me that Trash Talk has "the most violent pits I've ever seen." That's a more powerful endorsement than anything I could offer, but this band definitely won my night through sheer brutalizing menace. This was SXSW, so it's not like people in the crowd were ripping each other's heads off, but I did see more stagediving, spinkicking, and fighting over a broken mic during their set than I saw during the entirety of SXSW 2009. More to the point, the band themselves just drip contempt in all directions, even when they're not playing a note... Trash Talk are playing a bunch more shows this week, and I've got half a mind to catch all of their sets - [Pitchfork]

I wasn't at the above-reviewed SXSW show, but I did see the blistering hardcore band two other times during the week. Trash Talk also destroyed at the pizza party (video in this post) and at Red 7 two days later (new set of pictures in this post) (they were good in 2009 too). Besides ripping through the faves (at this year's shows), Trash Talk also showcased tracks from their new LP Eyes & Nines, due digitally May 18, or otherwise on June 8 via the band. Now TT have dropped a taste in the form of "Explode" available for download above.

Trash Talk are scheduled to support Alexisonfire along with La Dispute and Therefore I Am at Bowery Ballroom on May 22nd. Tickets are still available. The date is part of a larger tour with AOF and TT. All of those dates, with some more lost photos of the ensuing melee at the Red 7 party and some video of the band playing "Explode" at Hoeks Death Metal Pizza, below.... 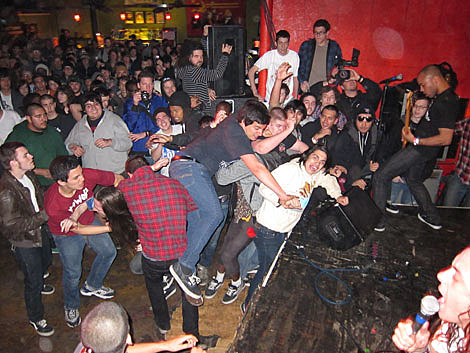 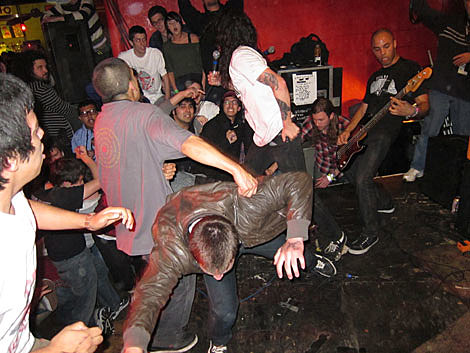 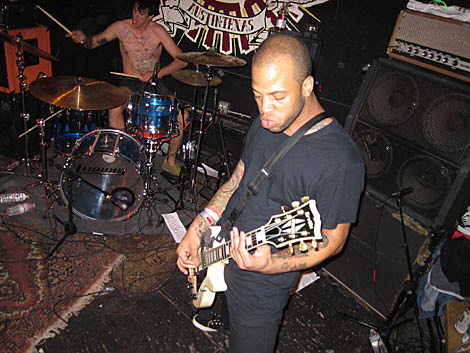 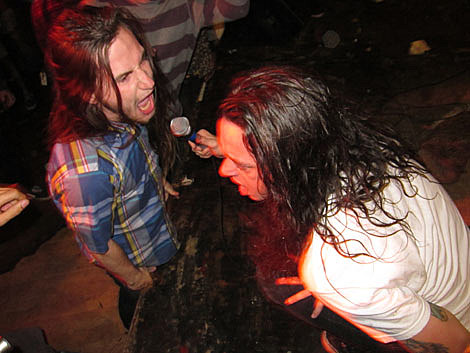 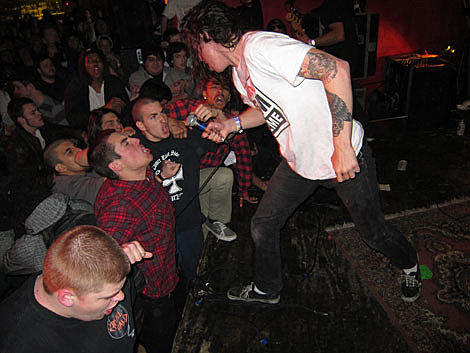 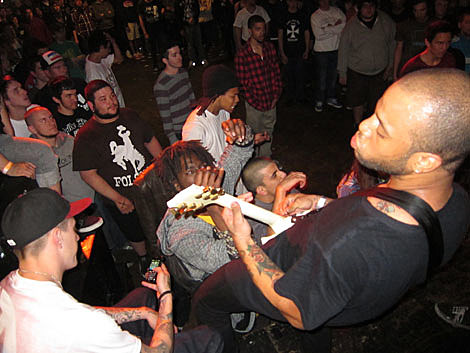 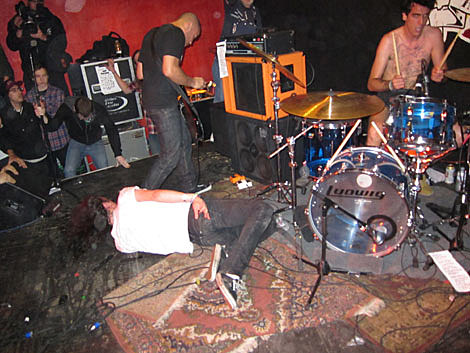 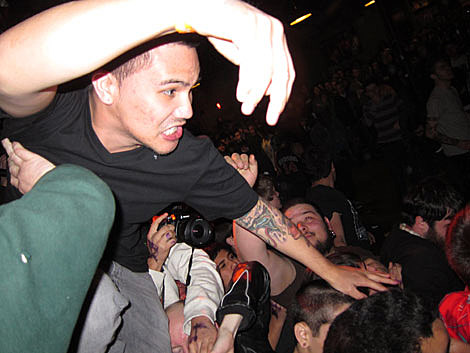 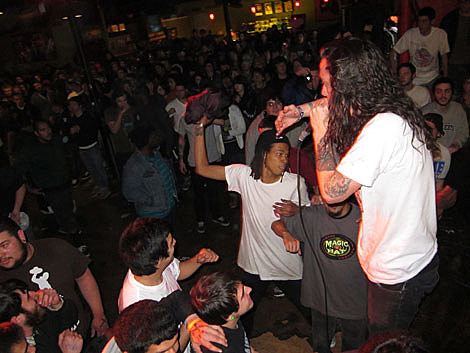 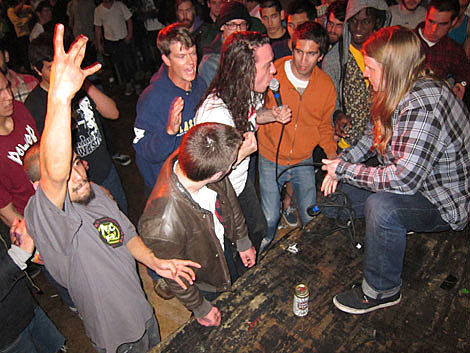 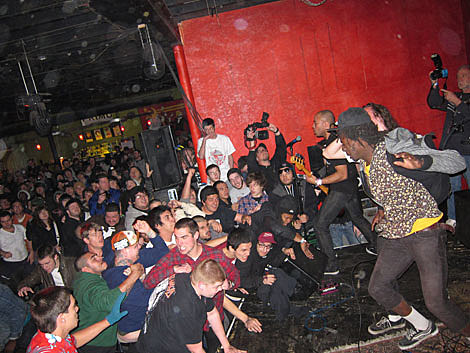 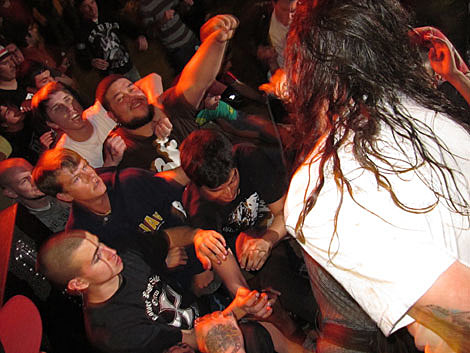 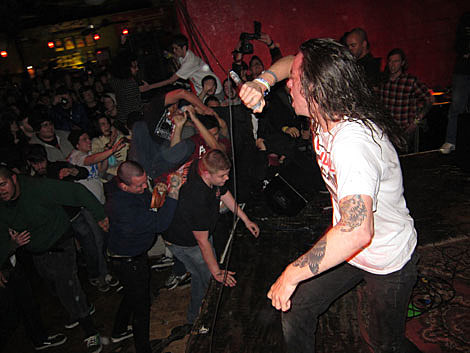 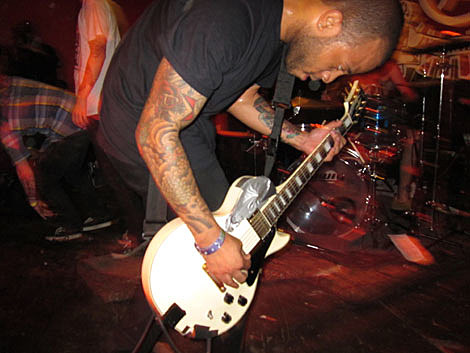 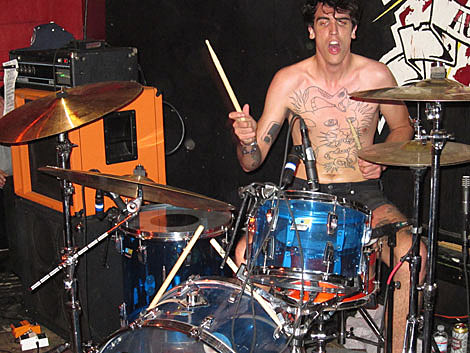 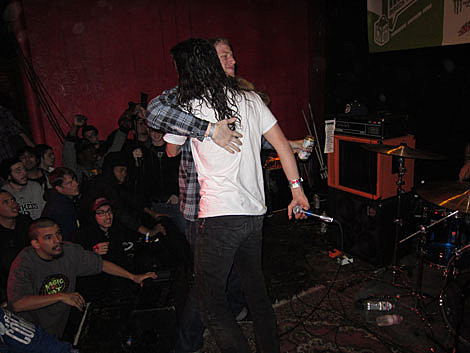 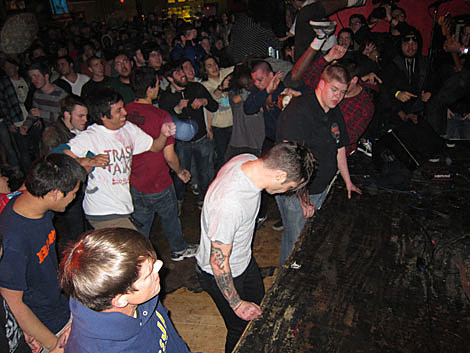 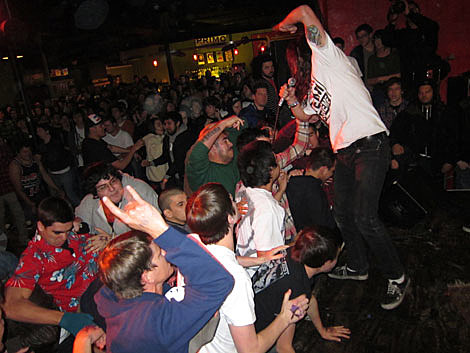 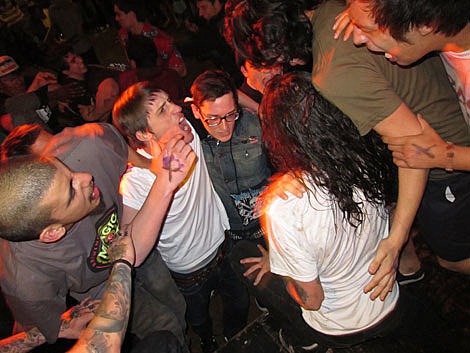 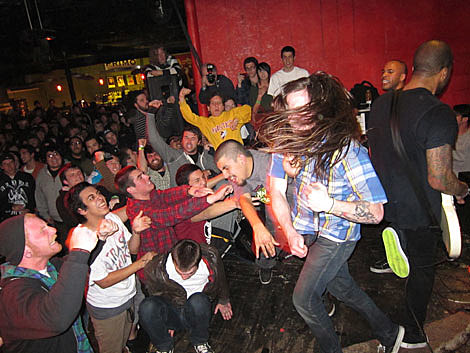 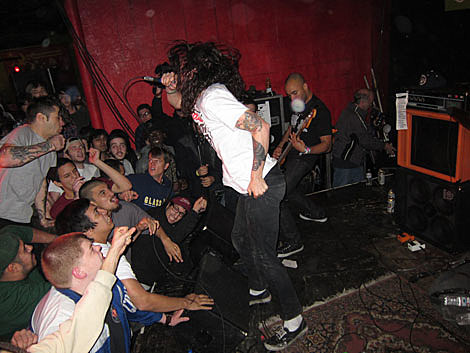 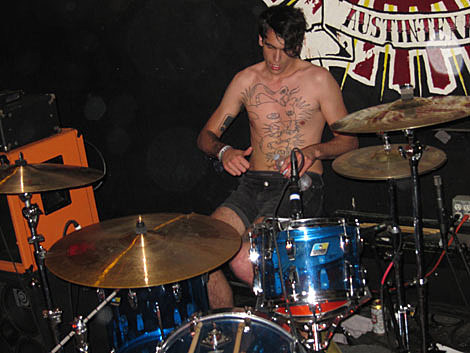 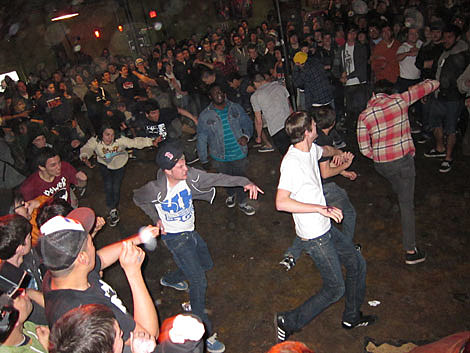 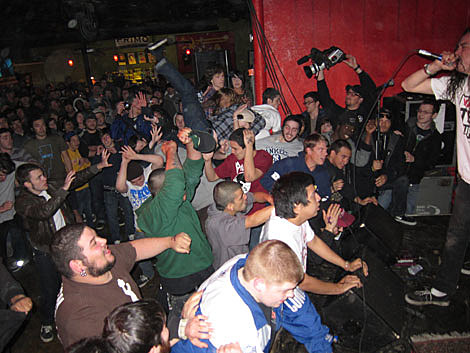