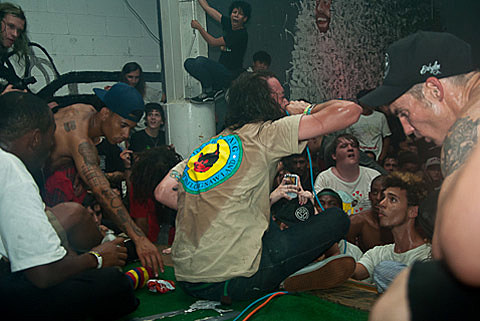 Odd Future labelmates Trash Talk and MellowHype, who both just released albums this week (119 and Numbers, respectively), will be heading out on a tour together this fall which hits NYC on November 17 at Gramercy Theater. As is the case with these Odd Future shows, tickets immediately went on sale.

With Hodgy Beats being featured on Trash Talk's album, and the chaos that ensued at the BV-presented Trash Talk/Odd Future party at 285 Kent over the summer, on stage collaborations at these upcoming shows don't sound out of the question at all.

A list of all dates, the tour flier, and videos from both groups' new releases are below.