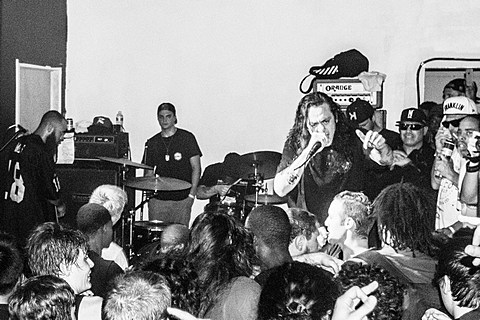 Hardcore maniacs Trash Talk, who are signed to Odd Future Records and no strangers to touring with rappers, have announced a tour with NYC rap trio Ratking and hip hop producer Lee Bannon (who's collaborated with Hak of Ratking). The tour hits NYC on March 3 at Palisades, the Bushwick DIY venue that hosted an insane Trash Talk show not long after opening, and March 4 at Webster Hall's Marlin Room. Tickets for Palisades and Webster are on sale now.

All dates are listed, with a live video of Trash Talk and the Lee Bannon/Hak song, below... 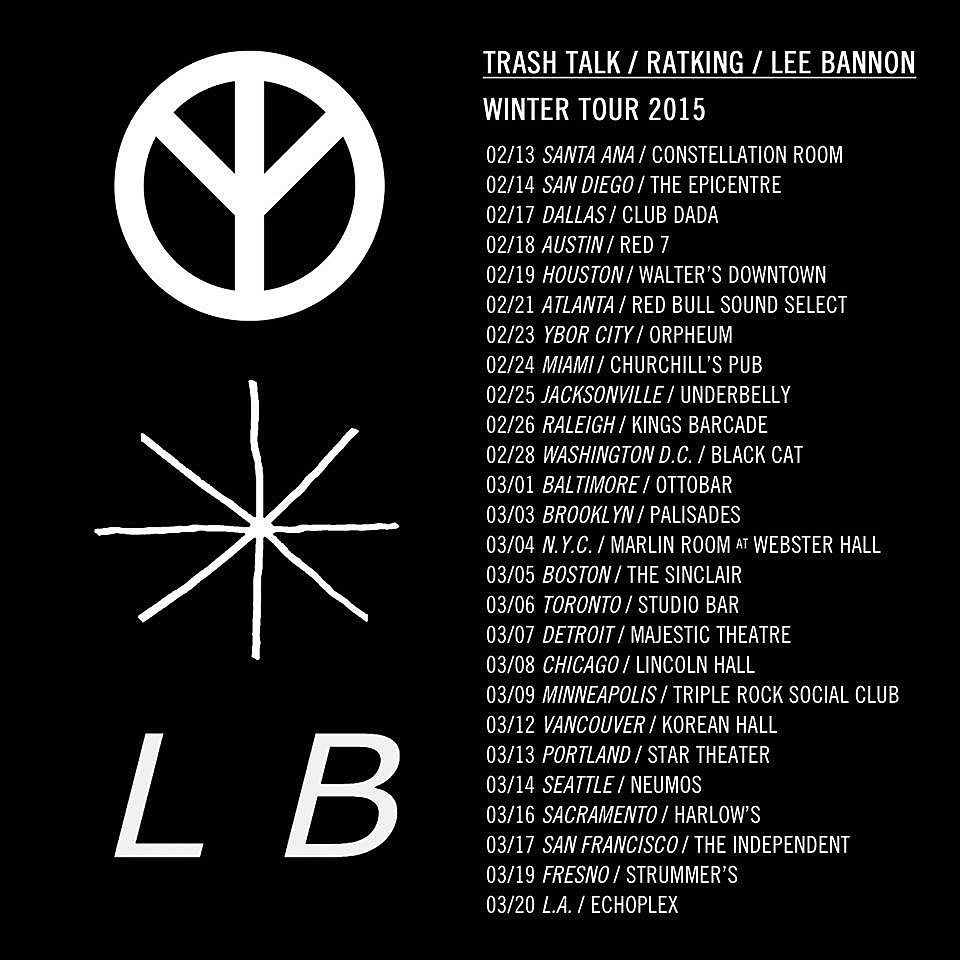