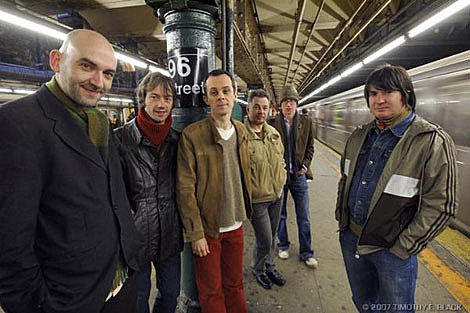 Glasgow's Trashcan Sinatras have been with us for 20 years now, having perfected their brand of sparkling, literate guitar pop that initially garnered them comparisons to The Smiths. Like fellow Glaswegians The Blue Nile, the Trashcan Sinatras take their time between albums -- the brand new In the Music is only the band's fifth. (It should be noted that time between albums is not entirely their doing -- the band have had colossally bad luck with record labels.) The band made the album here in New York with Ivy guitarist Andy Chase behind the boards. Like their other four records, it's loaded with gorgeous songs, arpeggiated guitar lines and swoon-worthy harmonies. Weirdly, it's also got Carly Simon singing backing vocals on the song "Should I Pray?" How did that come about? Guitarist Paul Livingston explained to Bullz-Eye.com:

PL: Well, after we recorded the backing tracks in New York, the producer, Andy Chase, was going to set up a studio at his house in Martha's Vineyard. And he said, "Come on, Carly Simon lives here." And we were floored, and thought, "That would be great if we could meet her." And so he asked her to sing on a song, and we got her a lot of the songs we were working on. But the disappointing thing was, when we were in Martha's Vineyard, she was in New York. So we didn't meet her, which is kind of a bummer.

PL: Yeah, that's shit, isn't it? The idea was that she'd come to Martha's Vineyard and sing, and that'd be great. And then when people asked us in interviews, 'what was it like,' we thought we'd have a better answer than, "We didn't meet her." But we're going to invite her to some of these gigs, see if she'll come. But it was really nice of her to be so into the music.

Maybe Carly will show up at Trashcan Sinatra's show this Saturday at Bowery Ballroom (8/15). Tickets are still available. Either way, they tour here about as often as they make records so don't miss this chance to see them. Opening is Andy Chase's other band, Brookeville, who definitely owe a little to Trashcan Sinatras and other pristine '80s pop. 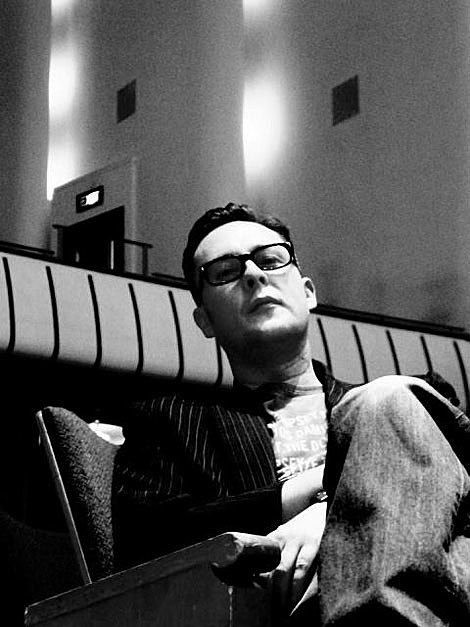 You could make it a night of late-'80s/early-'90s UK pop Saturday (8/15) if you bolted from Bowery Ballroom right after the Trashcans and hit Cake Shop where former (and sometimes current) Wonder Stuff frontman Miles Hunt will be performing. For those who don't remember, the band were originally part of the short-lived UK "grebo" scene (bands that looked like hippies but sounded punk-ish) that also included Pop Will Eat Itself (Hunt was their original drummer) and Neds Atomic Dustbin, but the band soon developed a celtic pop sound that got them into the British charts many times. In those days of the most unfortunate fashion in modern history, The Wonder Stuff were staples on U.S. college and commercial alternative radio too, with cheeky songs like "A Wish Away," "Don't Let Me Down Gently," and "Welcome to the Cheap Seats." Miles is touring with Wonder Stuff violinist Erika Nockalls which is nice since fiddle played heavily into their sound. 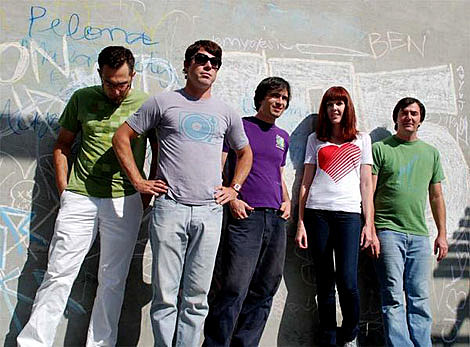 Also this week: San Diego's Lights On make their first trip to NYC, playing four shows starting Thursday night (8/13) at Club NME at the Annex. I don't know a whole lot about them, but their self-released debut EP is a nice collection of '80s-influence pop -- most reviews I've read bring up New Order and Echo & the Bunnymen, both of which are pretty easy to detect in their sound. But it's definitely more influence than imitation, and I like them enough to check out one of the four shows (all dates at the bottom of this post). If you could go to any of the four, I'd recommend the Saturday (8/15) show at Union Hall in which they're part of a solid lineup that also includes Philly's can-banging Drink Up Buttercup, Kiwi-influenced Brooklynites Beach Fossils, and Florida buzz band Blind Man's Colour. 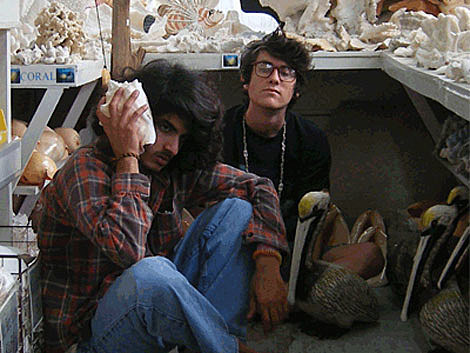 Blind Man's Colour make the sort of cut-n-paste psychedelia that gets you quick comparisons to Animal Collective, and they've been praised by Kanye West ("SOME DOPE SHIT FOR MY APARTMENT"), as well as by people you might more expect (Ed Droste, Stereogum, Pitchfork). Their debut album, Season Dreaming, which I like about half of, is out next week on Kanine Records (Grizzly Bear, Chairlift, Princeton) but I'd have to imagine they'll be selling it at the merch table. These guys had their first-ever live show a couple weeks ago, so you might want to go in with lowered expectations. BMC are playing a number of shows this weekend, and all area dates are listed at the bottom of this post.

Other shows happening this weekend: Tonight (8/13) at Hudson River Park at Pier 54 we've got a free River Rocks show with Yeasayer and Amazing Baby. I haven't seen Yeasayer since All Hour Cymbals was still fresh (circa CMJ 2007?), so I'm curious to hear some of their new material and check out the now five-strong lineup. As for Amazing Baby, it's well documented on this site I'm a fan but realize many are not. Chacun à son goût.

Friday is the final show of this year's Seaport Music series, ending strong with School of Seven Bells and The xx. The forecast looks good, and shows have been sounding great at the Seaport all summer so this is how I'd recommend you kick off the weekend, though I realize many will be at Prospect Park for Animal Collective. But Seaport is free.

Too much going on Friday. If you want to dance, Littlefield has Canada's slightly nerdy duo Woodhands and the Latin-loving Project Jenny/Project Jan.

And if shambly DIY pop is more your thing, The Beets (who will soon be hitting the road with Vivian Girls), German Measles, Pop.1280 and the new-but-quite-promising Fluffy Lumbers play Silent Barn. It's a birthday bash for my pal Rachel (full disclosure!) but everyone's welcome. Flyer below.

I think that about does it. Tour dates, videos and flyers are after the jump... 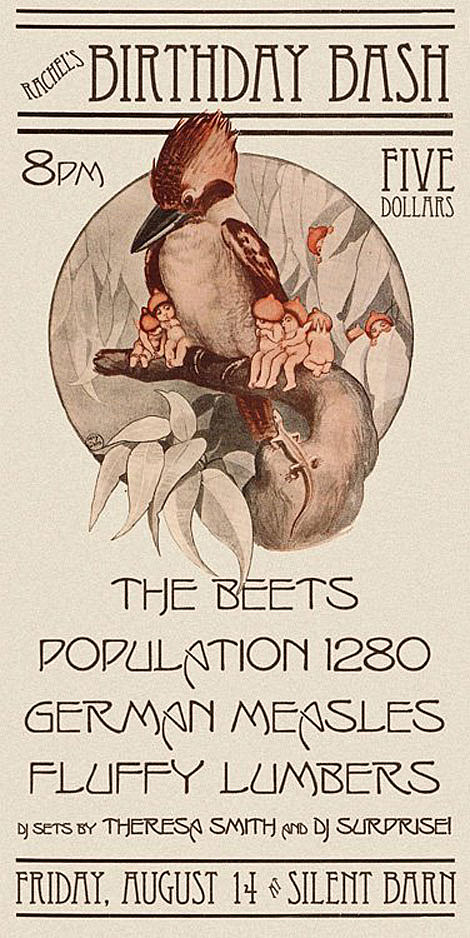 Trashcan Sinatras - To Sir, With Love

School of Seven Bells - My Cabal