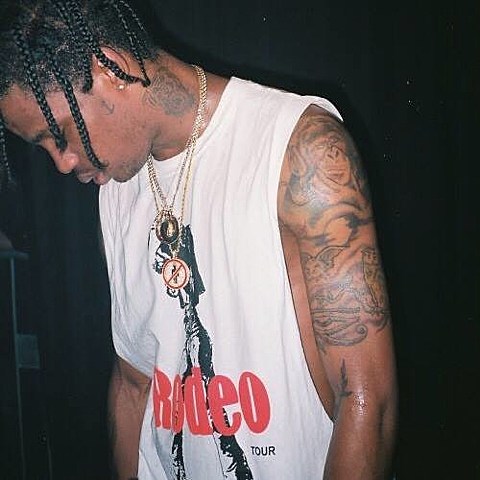 Travi$ Scott releases his new album Rodeo this Friday (9/4), and a new track from that, "Piss On Your Grave," has surfaced. It features frequent collaborator Kanye West, and isn't far from the kind of stuff Travis and Kanye made together on Yeezus. It had been rumored that "Piss On Your Grave" was the name of another Kanye/Paul McCartney collaboration, but no word if Paul is on this. Listen below.

Last week Travis announced a record release show for NYC's Gramercy Theatre on September 9. That since sold out, and now he also added shows on 9/7 and 9/8. 9/7 is sold out too, but tickets for 9/8 are available. He's promising a special guest at the last two shows.

After those shows, Travis opens The Weeknd's tour, which includes more NYC-area shows. Updated dates are listed below.