photo: Treasure Fleet in Chicago in 2013 (more by Lindsey Best) 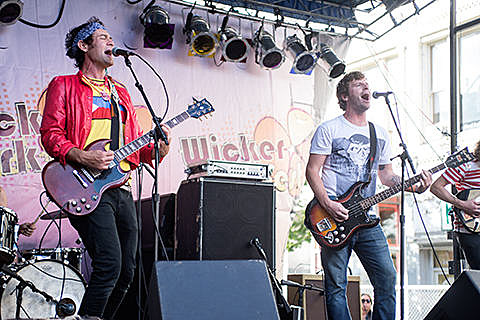 Punk-meets-psych-pop supergroup Treasure Fleet (mems of The Arrivals, The Lawrence Arms and Smoking Popes) are heading out on a two-week US tour this May. It begins with two hometown Chicago shows, hits the NYC-area three times, and ends back in Chicago for Do Division Fest.

The NYC shows happen on May 22 at Cake Shop and a Sunday matinee on May 24 at Saint Vitus, and there's also a TBA Long Island show (5/23) right in between. Other bands and more info on the Cake Shop show TBA, but the Vitus show will have them joined by local DIY vets Shellshag, melodic punks Big Eyes, and Past Life. Tickets are on sale for that one. List of all dates and the tour flyer, below.

UPDATE: The May 22 NYC show is actually at Mercury Lounge, not Cake Shop as originally announced, and The Shackletons and Concreatures open. Tickets go on sale 5/1 at noon with an AmEx presale starting 4/29 at noon.

UPDATE 2: The Long Island show happens May 23 at Mr. Beery's with Iron Chic, The Fad, Broadcaster and Vape. That's $8 at the door.

Big Eyes also just played their first of two BV-curated Red Bull Sound Select shows with The Menzingers at NJ's Court Tavern on Saturday (4/11). More on that soon. The second one happens Tuesday (4/14) at Baby's All Right in Brooklyn, with Crazy & the Brains also on the bill and BV's Andrew Sacher DJing between sets. Admission is $3 with RSVP, $10 without. Get there early.

Treasure Fleet dates and a couple song streams below... 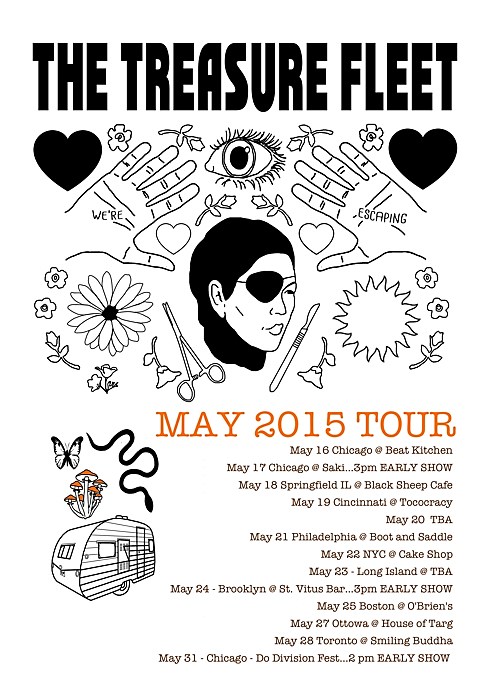