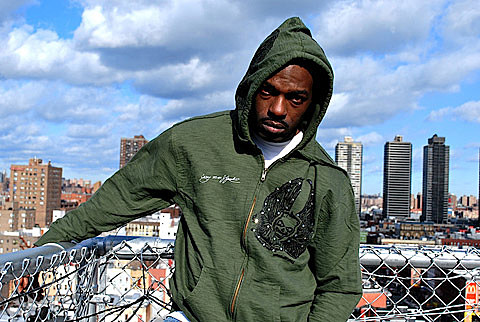 Just before Christmas 2010, a 36-year-old black man, Trevell Coleman, walks into a police station in Harlem and tells the cops that something's been troubling him. He was involved in a shooting many years ago, sixteen or seventeen years ago, and has information they might want to hear. At first the cops take his name and number, tell him to go home, we'll look into it, but that was a long time ago. They never call.

He goes back into the station a few weeks later. It is really eating him. He tells them he was the shooter. He doesn't know if the guy lived or died, and he needs to know. He wants to tell the whole story. He wants to "make right" with the victim's family. Incredibly, he waives his Miranda rights, does not ask for a lawyer, and begins to confess. -[GQ]

The above quote comes from GQ's Editor in Chief, who served as a foreman for a jury on a murder case for former-Bad Boy Records MC G-Dep. As stated above, G-Dep came into the police station to confess to the 1993 murder and as a result of said confession Trevell Coleman was sentenced to 15 years in prison today.

Coleman, who wrestled with drugs and alcohol in the years following the shooting including during his stint as a Bad Boy artist, is married and currently has three children of school age. He commented to MTV news earlier this month that the guilty verdict "was God's will" and that he wanted "to thank everyone that was involved in the case" and harbored "no ill thoughts towards anybody". Sad story all the way around.

G-Dep released Child of The Ghetto in 2001 spawning the singles "Let's Get It" and "Special Delivery", the latter of which spawned a remix with Ghostface Killah, Keith Murray, Craig Mack, and P. Diddy.