photo: Holy Other at Bowery Ballroom in 2013 (more by David Andrako) 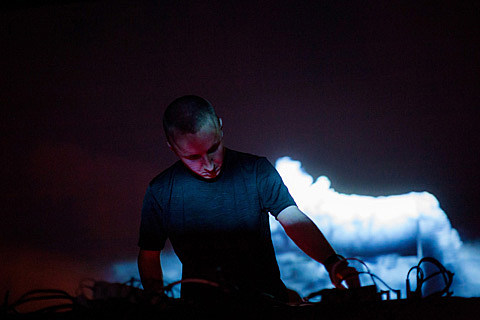 The 2015 Red Bull Music Academy lineup was just announced, and as is to be expected, there's a ton of very cool events happening this year. One of those is the fifth anniversary party for Tri Angle Records which happens at 23 Wall Street on May 15 and features a large chunk of the label's roster, including The Haxan Cloak, Evian Christ, Holy Other, Vessel, Forest Swords, Boothroyd, mssingo, Lotic, Rabit, Hanz and special guests. Tickets are on sale now.

23 Wall Street is the same place Prince recently played, but he was on the ground floor. The RBMA event will be downstairs in the basement and vault of what was the J.P. Morgan building.

Tri Angle started as a small boutique label, but a few of the artists' profiles have significantly risen in recent years. The Haxan Cloak was one of the producers on the new Bjork album, and Evian Christ was one on Kanye West's Yeezus.

Listen to a few of the artists below...