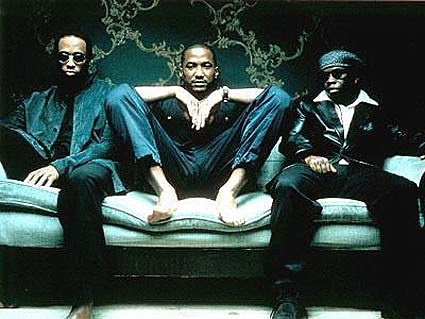 A TRIBE CALLED QUEST REUNITES TO HEADLINE THE TOUR

New York, NY- April 22, 2008- Grammy award-winning, hip-hop pioneer Q-Tip hits the road in July on the Rock the Bells tour in support of his highly-anticipated new album The Renaissance- out this summer via Universal Motown. The legendary MC takes to the stage with his live band and EMPD's DJ Scratch to perform his latest material and dip into his previous solo release- 1999's Amplified-which spawned the hits "Vivrant Thing" and "Breathe & Stop."

Q-Tip toured this past fall to sold-out audiences nationwide and received glowing reviews from critics for his electrifying set. "Q-Tip sounded terrific throughout the show: loose but fierce, an endless fount of energy," raved The New York Times' ArtsBeat.

The demand for The Renaissance continues to escalate. Last July, Q-Tip offered audiences a taste of the album with "WorkItOut"- a quintessential hip-hop jam currently available on iTunes. He went on to perform new tracks such as "Fever" and "Official" while on the road. Special guests Norah Jones, Pharrell and D'Angelo have been added to the mix and ensure that The Renaissance is the summer's must-have album. Senator Barack Obama can also be heard on the album as Q-Tip, an avid supporter of the presidential candidate, samples one of his speeches.

Q-Tip will then return to the stage at the end of each Rock the Bells date with fellow A Tribe Called Quest band members- Phife Dawg & Ali Shaheed Muhammad- to perform the classics that introduced his unique vocal stylings and lyrical insight to the masses. The Abstract first rose to prominence in 1988 as one of the founders of the group whose cerebral wordplay and intricate fusion of jazz and other genre-bending influences changed hip-hop's lexicon forever. 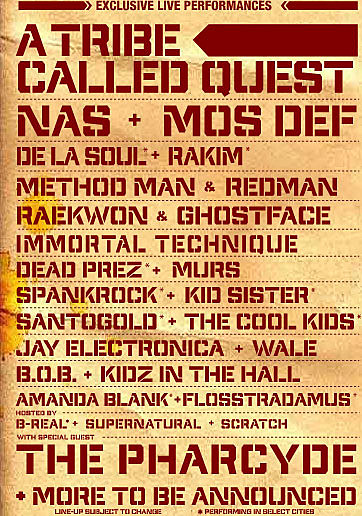