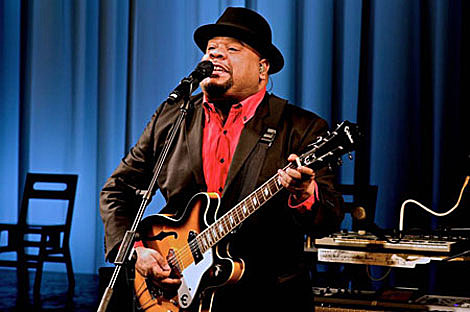 Spike Lee got this Broadway hit on film. Now you can see this coming-of-age Bohemian rhapsody on the big screen.

A reminder (and this is from the tickets page): Never Say "Sold Out" - Even if advance tickets are no longer available, don't give up--just think RUSH TICKETS. We admit those standing in the RUSH TICKETS line approximately 15 minutes prior to a film or panel's scheduled start time, until a theater is at capacity. Lines begin forming approximately 60 minutes before each screening, so be sure to arrive early.

This reminder applies to quick-selling flicks like Bon Jovi: When We Were Beautiful, Burning Down the House: The Story of CBGB, and Soundtrack for a Revolution. Don't forget: there is also the chance of additional screenings being added.
[A Song For You: The '09 Festival's Musical Films]