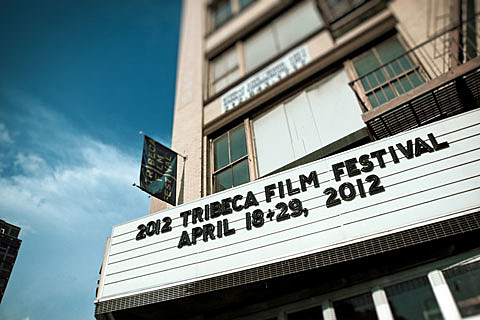 The Tribeca Film Festival is readying itself for another week-long celebration of cinema next month. Screening from Thursday, April 18-29, the event will continue its customary beats, including a variety of talks ranging from a chronicle of Universal Studios with Robert De Niro, Meryl Streep, and Judd Apatow to modern efforts in Avant-Garde film preservation, a gallery installation at New York Academy featuring winning artwork from the festival's jury competition, and family events including an ESPN-sponsored sports day and street fair. Or, if you're feeling limber, you even can attend a showing of "The Goonies" where you can compete in a no-holds-barred "Truffle Shuffle" dance contest. A full list of events can be found here.

Of course, there will also be a host of movies being screened across the city, including a number of music-oriented films, many of which you can watch the trailers for at the end of this post.

Documenting the 150-year history of the Brooklyn Academy of Music, director Michael Sládek (Con Artist) compiles footage from the landmark venue's illustrious past performers in Bam150, including recent interviews with Laurie Anderson and performing arts authority Robert Wilson. The film turns to art history in articulating BAM's role in legitimzing Brooklyn as a modern "cultural Mecca."

Don't Stop Believin': Everyman's Journey tells the story of 2006 Internet curio Arnel Pineda, a Manila native who rose to postmodern stardom via Youtube videos of his cover band's performances. While exposure launched him to ubiquity, it also brought him closer to the bands he emulated than most music video hit-mongers, landing him a singing gig as the successor to Steve Perry in Journey. The documentary follows Pineda from slum squalor to world-tour escapades, studying how he's dealt with the "demands of his newfound fame."

First Winter, the feature-length directorial debut of NYU film graduate Benjamin Dickinson (who's directed music videos for Q-Tip, LCD Soundsystem, and The Rapture) dares to ask what happens to a group of isolated Brooklyn hipsters during a stark blackout when the "sex, drugs, and acoustic guitars" grow dull and give way to tension that threatens their ability to survive the "apocalyptic" outage. Self-proclaimed hipster context aside, the film seems scant on ironic snark as the clan ernestly attempts to rough it in the frigid sticks.

Brooklyn rapper and producer John Forte, most known for his Grammy-winning record work with The Fugees' on The Score, is followed on his "From Brooklyn to Russia With Love Tour!" the first major undertaking of his multimedia company Le Castle in Russian Winter. Petter Ringbom's documentary captures one of the greater creative shifts of a musician reclaiming momentum after serving an 8-year prison prison sentence in the last decade, immersing himself in the sounds of distant culture as he remains dedicated to continuing the art fate gave him a second chance at publically making. 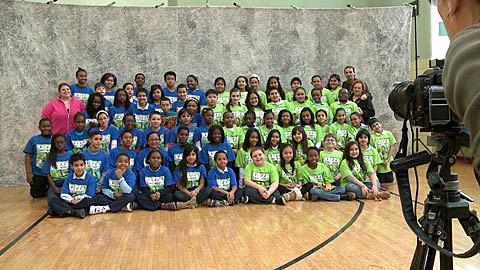 Another Youtube phenomenon, the often-seen-on-BV PS22 Chorus, have their viral stardom explained in Once in a Lullaby: The PS22 Chorus Story. Focusing on their days leading up to their performance at the 2011 Academy Awards, chorus teacher Gregg Breinberg attempts to organize his students amid adolescent insecurities like homesickness, feeling left out, and the intevitable disorientation of instant fame. There will be a Q&A with Breinberg and director Jonathan Kalafer after the screening (which is also the film's world premiere).

Editors's note: Not only in the name of full disclosure, we're also proud to point out that BrooklynVegan contributed to the PS22 documentary in small ways whenever possible, including introducing the director (an old friend who happened to decide to take this project on) to BrooklynVegan photographer Bao Nguyen who you will notice is listed as one of the film's producers and Director of Photography. Go Bao!

The Zen of Bennett documents legendary crooner and all-around class-act Tony Bennett as he recorded his latest Duests compilation with the likes of Lady Gaga, Aretha Franklin, and Amy Winehouse. Aside from a short monologue on the obscelence found in modern consumer culture that'll leave you "broke" (stating to have come from an era when "everything was made with quality") he riffs on that topic by simply saying that he hopes to bring that old-world standard of quality to his performances, which Bennett believes is ultimately what the public notices. If Zen gives him the chance to wax philsophic, modern cool should probably pay heed to the teachings from the Book of Bennett and learn a thing or two.

What do you want to see? What else is worth noting? What did we miss?

Ticket packages are available now, with single tickets on sale to the general public on April 16 and on sale to AmEx card holders as of today. Check here for a full list of ticket options and single ticket sale dates for downtown residents (and try their Facebook ticketing thing if you're having trouble figuring it all out like we are).

Trailers and other links below...

Once in a Lullaby: The PS22 Chorus Story (Trailer)

The Russian Winter - Trailer from Petter Ringbom on Vimeo.

The Zen of Bennett Trailer