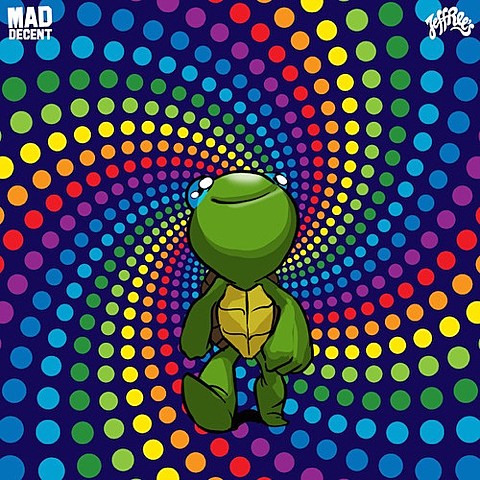 Cashmere Cat's pal Trippy Turtle recently teamed up with Mad Decent's Jeffree's imprint to release his first single on the label, "Trippy's Theme." Watch the video for that, with the Spank Rock-featuring remix, below.

He's supporting a couple dates on the Flume tour (but not the three sold-out Terminal 5 shows in NYC which happen this week), is playing a couple of the Mad Decent Block Parties (not the NYC one), and is also doing making some headlining appearances including one in NYC on July 31 at Glasslands. That show is with his and Cashmere Cat's other pal Obey City. Tickets for that one are on sale now.

Speaking of Cashmere Cat, he'll be in NYC soon too for Warm Up.

All Trippy Turtle dates are listed, with that video and remix stream, below...